IN MEMES | Emma is back, pregnant and causing havoc on 'The River' 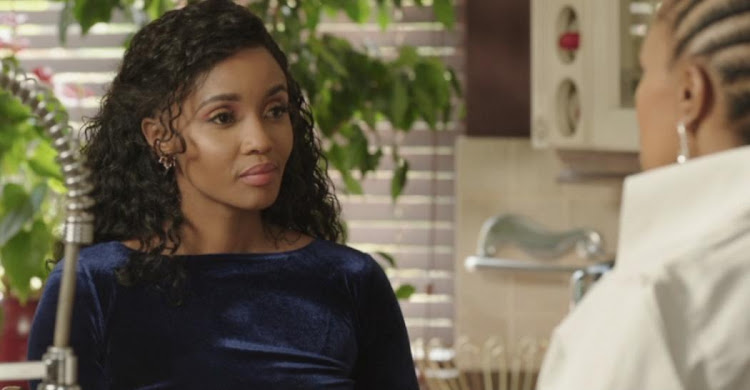 Actress Lunathi Mampofu is back to keep 'The River' fans on their toes.
Image: Twitter/1 Magic

While praises have continued to pour in for actress Lunathi Mampofu on her captivating portrayal of Emma on 1 Magic's The River, fans have totally different feelings towards the character she plays.

Just days after Emma's return to the telenovela viewers are already expressing their desire to have Lindiwe “end” (read kill) Emma. Emma, whom tweeps consider one of Lindiwe's worthy opponents in the game of greed, came back to Refilwe heavily pregnant with a child she claims is Zolani's.

However, even though she's clearly going through the most, her vendetta against Lindiwe is the one thing that fuels Emma. Fans had hoped that she would be seeking Zolani out, looking to make things right for the sake of their unborn baby — if it is indeed Zolani's.

Meanwhile, Emma is back to take Lindiwe back. Basically back for round two of their messy, life-threatening fight.

Watch her provoke Lindiwe by calling the media on her in the video below:

Fans have every right to be stressed out by Emma's return on Lindiwe's behalf.

The last time Emma was in Refilwe,  fans of The River had a hard time coping as they watched the ultimate dynamic duo, Lindiwe and Zolani, declare war on each other, all because of her.

From the first episode of the telenovela, fans knew Lindiwe trusted Zolani with his life and vice versa. They knew the aunt and nephew’s loyalty would always keep them together whether at the bottom or at the top. That all changed when Emma stepped into the picture.

Here are some of the reactions fans of The River tweeted as they watched Emma begin World War III.

Bad mouthing Lindiwe to journalists?? Is this the hill Emma is willing to die on? #TheRiver1Magic. This hun doesn’t learn pic.twitter.com/A0gh9qr7eu

I wouldn't be doing that if i was you pic.twitter.com/4ieSj14nWk

one would think Emma has learned her lesson with trying to deal with Lindiwe #TheRiver1Magic pic.twitter.com/7wumrvDZ6W

Start that fire Emma, hope you will be able to put it off #TheRiver1Magic pic.twitter.com/IDjO26X21h

LOL! 'The River’s' Emma is proving to be a real 'die hard'

Emma is making Lindiwe breathe through the wound ...
TshisaLIVE
1 year ago

Madlabantu's fans are just waiting on her signal, they'll happily take Emma out for her
TshisaLIVE
1 year ago

Fans miss the good ol' days when Lindiwe and Zolani were on one team!
TshisaLIVE
1 year ago

Basically, Emma o jola ice boy when she thought she scored herself a millionaire.
TshisaLIVE
1 year ago