OPINION | From mockery to admiration: How G65’s bravery to pursue her dreams won hearts 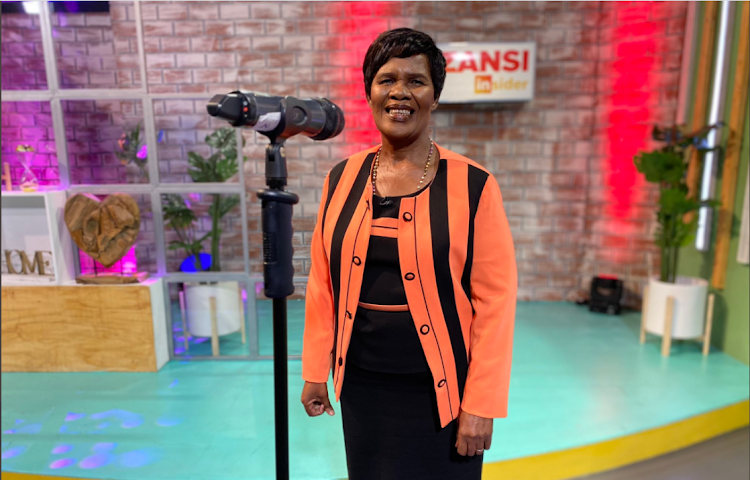 For me, Obani Lababantu isn't the song of the year, but gqom is not my cup of tea.

However, I join the country in mourning the death of Olpha Selepe, who Mzansi came to know and love as Gee Six Five, because I was a huge fan of her personality. I especially loved that she had absolutely zero f**ks to give when trolls took aim at her.

If we all know the same kind of old people, then we know most golden oldies have a common trait found only in them - of not giving a f**k about what people have to say about them.

I'm not talking about the media-trained old people in the public space. I'm talking about the gogos and mkhulus at home who ooze wisdom and have the kind of “don't care” attitude that tells you straight up they have earned the right not to care.

I got that vibe from Gee Six Five, and to be honest, I lived for every second of it. This is why I join many others in celebrating her, which also explains why her death has shocked and devastated the country.

A few weeks ago, Twitter caught wind of the 65-year-old PhD student belting her song out loud for all who cared to hear.

At first, thanks to trolls treating her song like a joke and mocking her vocals, it wasn't immediately clear if the gogo, who we all later learnt was called Gee Six Five, was officially dropping the single. However, days after the video made its appearance on the net, Gee Six Five went viral and became an instant star.

What started as mocking had turned into overwhelming admiration for the 65-year-old's bravery and fiery passion infused into pursuing her dreams against all odds.

Once Mzansi learnt the story of the woman making her mark as one of the oldest amapiano artists, they had no option but to stan Gee Six Five.

The singer and academic was self-isolating under the watchful eyes of family members, but unfortunately succumbed to the illness in Durban on ...
TshisaLIVE
1 year ago

I mean, how else could people react to a pensioner who had an amazing career as a teacher, previously released a music album of children's nursery rhymes in isiZulu, graduated with her Master's degree at age 63 and still found time to become a history-making 65-year-old amapiano star with a song that topped the iTunes music charts?

More than that, Gee Six Five spoke with a uniquely earned certainty in her voice. The kind that felt like it had come from having lived a full life complete with trials, tribulations and triumphs.

Olpha spoke with confidence that one tell was strengthened by past losses and wins. Every time she spoke, she seemed unshakeable in her belief she could do anything and everything to which she put her mind.

It is sad to think that for most of us, we've only known Gee Six Five for a few weeks. But at least we know as a country that as far as music was concerned, Olpha had planned to only gift the nation with Obani Lababantu.

I think it also speaks of  Olpha's star power, which was backed by the fact that she only needed a short period of time to make an impact on Mzansi and leave a remarkable legacy.

Those who knew her longer are probably going through unimaginable pain. We can only imagine what a joy it must have been to be around her.

While the streets may have different opinions about how good or bad Obani Lababantu is, or that some will most likely continue to question her audacity to do what she did at age 65, the fact remains that Gee Six Five has cemented herself as someone South Africa will never forget.

Gogo just waltzed into our lives, shook things up, did one big number and dropped the mic!  Isn't that the stuff of legends?

The sad news was confirmed by her niece Sbu Mpungose in the early hours of Wednesday morning.
TshisaLIVE
1 year ago

'She taught us that anyone’s dreams are valid at any age. Thank you for your final gift to us #RIPGeeSixFive,' one fan said.
TshisaLIVE
1 year ago

There's a new 65-year-old sensation in town that Somizi is crazy about!
TshisaLIVE
1 year ago

If Twitter has anything to say about it, 'Obani Lababantu' is the song of the year!
TshisaLIVE
1 year ago