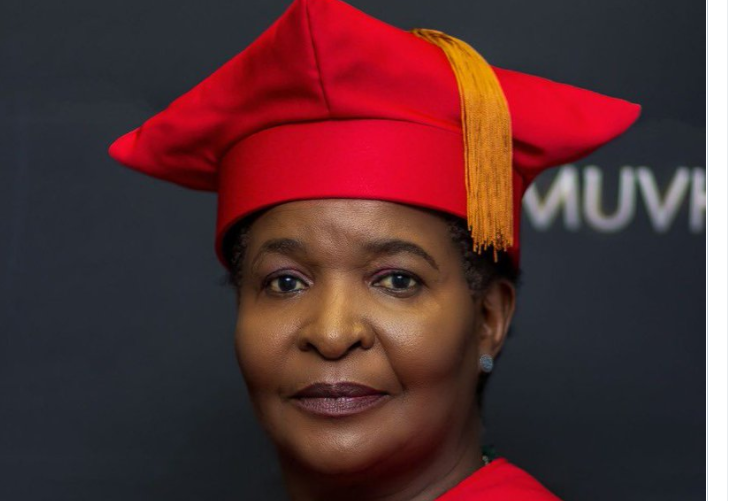 The #DuduzaneChallenge has taken the internet by storm - even “Muvhango's” cast members couldn't resist giving it a go. They did so by putting their pride and joy, actress Dr Regina Nesengani, as the centre of attention.

While the viral challenge is coupled with Big Zulu's hit song, Imali Eningi, the cast members strutted their stuff in the hallway of what looks like the production set, showing Mzansi how it's really done.

In a video shared on Twitter by Big Zulu, who clearly was impressed by their version of the challenge, the cast members are seen rolling out of a room in true Duduzane style but this time Dr Regina being the focal point.

Serving some punches and a killer walk, the 65-year-old Muvhango actress showed how one should walk after having earned her PhD weeks ago.

Here's how Regina killed her walk in Duduzane fashion:

At the beginning of the month, social media users and Muvhango fans were surprised to learn that Regina earned her PhD degree granted to her by the University of South Africa (Unisa).

She wrote her thesis in Tshivenda and focused on women abuse through dialogue on drama books written by male writers.

Regina said her topic was inspired by the prevalence of gender-based violence (GBV) in her community while she was still studying for her master's.

“I realised that women were not happy in their homes. I was also touched by many stories of women who were abused by their partners. I was shocked that this was happening in 2020 with all the awareness and education on GBV,” Regina said.

She mentioned that she also was inspired to study for a PhD after listening to an interview with an old lady on SAfm who had just graduated with a PhD.

“I was very inspired by this lady. I said if she can do it, so can I. I had a master's degree,  there was nothing stopping me from pursuing a PhD,” she shared.

The production company recently threw an epic graduation ceremony for two of the actresses, Dr Lilian Dube and Dr Regina.

The star-studded celebration held at SABC studios in Auckland Park, started with a guard of honour by Word of Mouth cast and crew members who donned their graduation gowns on the streets, accompanied by a traditional Venda dance. 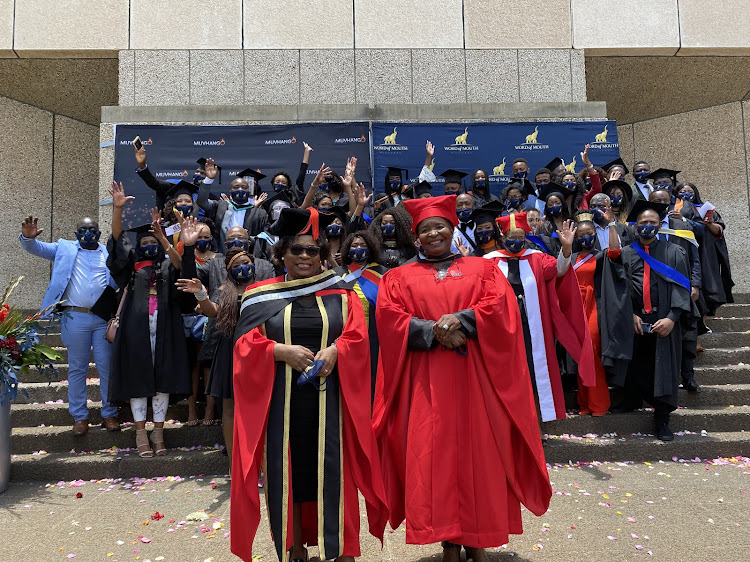 Regina Nesengani, popularly known as Vho-Masindi in Muvhango, had a PhD degree conferred on her by the University of South Africa  (Unisa)
TshisaLIVE
1 year ago

The 'Black Panther' star has been recognised for his outstanding contribution to the performing arts.
TshisaLIVE
1 year ago