Band apologises for events at their packed gig in Cape Town 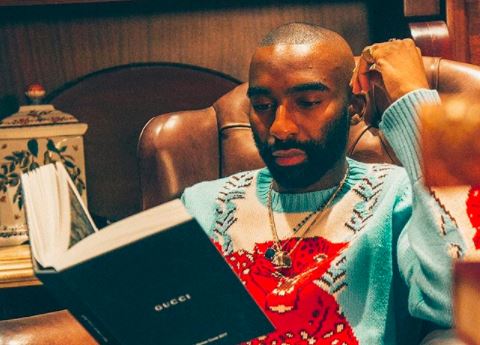 Rapper Riky Rick posted a video of himself on stage performing to a large number of people in Mpumalanga who were squashed together and not wearing masks.
Image: Via Riky Rick Instagram

Rapper Riky Rick and electronic band GoodLuck were hauled over the coals after viral videos of gigs at which they performed at the weekend showed partygoers breaking Covid-19 regulations.

Riky posted a video of himself on stage performing to a large number of people in Mpumalanga, who were seen squashed next to each other and not wearing masks.

While the video has since been deleted, scenes from the clip left tweeps debating over whether the rapper was irresponsible for posting such a video during a global pandemic.

The video soon landed on the trends list, sparking a heated debate about how reckless behaviour would force President Cyril Ramaphosa, who is to address the country on Monday night, to either shut down the whole the country or take “fellow South Africans” back to level 3 or 4.

Here's the video, shared by a tweep, that got social media users worked up:

Speaking to TshisaLIVE, Riky explained that he understood people's concerns but to his knowledge he saw an environment where people were sanitised and were there to have fun.

Riky was not the only artist to get tongues wagging at the weekend. Popular band GoodLuck was also criticised after video of their packed performance went viral.

In the video, fans can be seen dancing closely with no masks while the lead singer and band members continue to serve them with a fiery performance.

@PresidencyZA @CyrilRamaphosa please in your speech don’t focus on Taverns and after tears only, When you ask yourself why we are getting harsher lockdown restrictions… perhaps you just need to look at videos like these too
This was yesterday at @LaParada_ZA in Constantia Nek. pic.twitter.com/dJK7s0yDQF

As many took to Twitter to condemn the band,  GoodLuck issued an apology for the incident at La Parada in Cape Town.

“We would like to offer our sincerest apology to all of our fans, friends and family. We had nothing but the best of intentions going into Sunday's performance & we are bitterly disappointed that things got out of control for even one minute. It's a huge reminder to stay vigilant, " read the tweet.

In the apology, GoodLuck gave some clarity to the viral video. “We would like the opportunity to offer a little more context to what unfolded before this video. This was a limited, seated, outdoor event that was adhering to the regulations and was organised by the La Parada.”

The band said 155 seated tickets were sold to the event, “temperatures were checked at the door and everyone was sanitised before entering. Customers were instructed by the venue to wear masks at all times except while eating and drinking.”

The band said they should've stopped the music and instructed people to go back to their tables but “we were right at the end of the show mid-song, but the moment got away with us. For this, we do sincerely apologise.”

GoodLuck has promised to ensure such an incident never takes place again and said that because of the criticism they have cancelled their Get Lucky summer concerts in December.

We would like to offer our sincerest apology to all of our fans, friends and family. We had nothing but the best of intentions going into Sunday's performance & we are bitterly disappointed that things got out of control for even 1 minute. Its a massive reminder to stay vigilant. pic.twitter.com/BX94v0Mev0

Cassper has reassured he's going to hurt AKA in the boxing match.
TshisaLIVE
1 year ago

There might be a Riky Rick and Cassper Nyovest reunion on the horizon.
TshisaLIVE
1 year ago