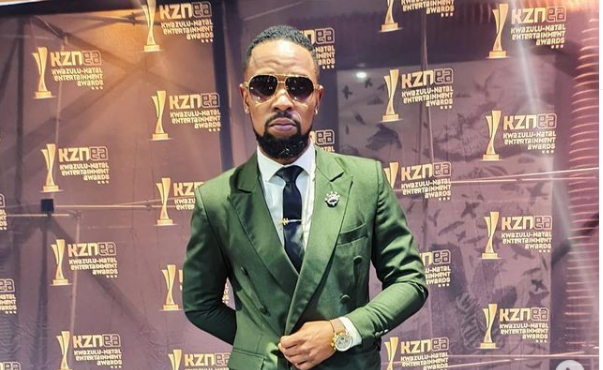 The inaugural KwaZulu-Natal Entertainment Awards (KZNEA) finally took place on Tuesday, December 15, and KZN celebrities showed up dressed to the nines and ready to busk in the spotlight.

The awards ceremony, created to celebrate artist, movers and shakers from the province, was held at the Durban ICC in a glamorous, Covid-19 conscious event.

Somizi Mhlongo and Pearl Thusi served spice and hot looks as the hosts of the awards.

Check out the snaps to see their outfits for the night!

The biggest winner of the night, who took home a whooping R600,000, was musician Khuzani who won best Maskandi and KZN’s most loved. Another big winner was DJ Sithelo of Kotini records, who took the crown for best DJ and Newest Find.

There were also some hot performances on the night from the likes of Durban-kwaito pioneers Big NUZ alongside DJ Tira, L'vovo Derrango,  Nomcebo Zikode, Khuzani, Nasty C, Sjava, Babes Wodumo and others.

Babes Wodumo, who previously expressed her wish to win an award at the event, was beaten by Nomcebo Zikode for the Best Female Artist accolade. Other big winners included SK Khoza and Thandeka Dawn-King for best male and female actors, Sjava for best male artist,  and Bonang Matheba who won an award for being KZN's favourite cousin.

Here are some of the snaps from the “black carpet” where you will see how celebs showed up and showed off!

Duma Ntando guys 😭😍. I have a new crush 😍. #KZNEABlackCarpet pic.twitter.com/doBvMwdZp5

Meanwhile AKA, Cassper Nyovest, Bonang Matheba and five others will battle it out for KZN's Most Loved Cousin award.
TshisaLIVE
11 months ago

Does anyone know why the pair don't wanna be recognised by their province's awards event?
TshisaLIVE
11 months ago

Kelly Khumalo discourages fans from voting for her in KZN Entertainment Awards: ‘Don’t waste your money'

Kelly Khumalo has no interest whatsoever in her nomination for the awards.
TshisaLIVE
10 months ago