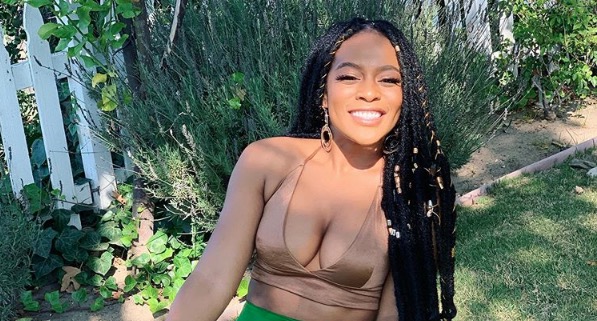 In the midst of one tough year, actress Nomzamo Mbatha's achievements gave Mzansi something to be proud of.

From a township in KwaZulu-Natal to making a name for herself in Hollywood, Nomzamo showed young black girls and boys that their dreams can come true.

Ever since moving to LA at the end of 2019, Nomzamo has been flying the SA flag and Mzansi couldn't be more excited for our girl.

When they say “God will humble you...” sometimes it’s for moments like this. My God is BIG. Psalm 23

SURREAL.
Out of body experience.
From KWAMASHU to THE WORLD... ZAMO is #Coming2America pic.twitter.com/RJ4zevmwYE

Ever since it was announced that Nomzamo would star in Eddie Murphy's Coming 2 America, set for release in March 2021, she has been the toast of SA.

In an interview with True Love magazine when the news was announced, Nomzamo said she had auditioned for several roles in the US last year, and received the call on her grandmother's birthday to say she had got the part in the film.

“It was a very surreal moment. When you have been holding onto a dream and hope, and it finally comes to pass, you don't react in the way it had played out in your head. That Sunday I moved around in a daze.”

While Miss SA continued to break boundaries this year, Nomzamo also brought her A-game as host of the glitzy pageant.

The star stole the show with her absolutely fabulous outfit changes.

In a tweet about her monumental moment, the actress said that it was a dream to host the event.

Remarks by SA actress Nomzamo Mbatha, high level champion for gender equality and goodwill ambassador for the UNHCR, on the UN General Assembly's high-level meeting on the 25th anniversary of the Fourth World Conference on Women (Beijing+25).

Nomzamo also used her platform and voice to empower others when she was invited to speak on gender inequality by UN president Volkan Bozkir at the organisation's 75th annual general assembly.

In her moving speech, Nomzamo said that there was still much work that needed to be done to eradicate gender inequality and that the Covid-19 pandemic has been catalyst for the violence that women face every day globally.

“The genocide that is gender-based violence that continues to plague not only SA women but women on the continent as a whole is an urgent crisis. With the world being in the thick and middle of a pandemic, it threatened a lot of important events to be cancelled. However, the agenda can never be postponed. Equal rights for all women and girls remains a human rights crisis,” said Nomzamo.

Nomzamo Mbatha shares some 'gassed up' advice for her haters & Twitter loves it!

“Throwing hate my way and expecting me to reciprocate is like farting against thunder,” wrote Nomzamo.
TshisaLIVE
1 year ago

Hol’ up? Did MEC Faith Mazibuko just come for Bonang & Nomzamo on the TL? Yes, she did!

Eat your heart out AKA. Politician Faith Mazibuko is here for your "clap back queen" title!
TshisaLIVE
1 year ago

Who wore it best?: Nomzamo Mbatha vs Boity Thulo

Eagle-eyed fashionistas may have had a flash of deja vu while watching the grand finale of the Miss SA pageant.
Lifestyle
1 year ago