'This made my year,' the 'Uwrongo' hitmaker shared on Twitter 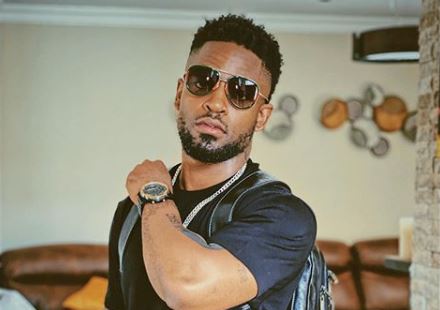 Prince Kaybee is ending the year with a bang after it was revealed that former US president Barack Obama knows his name and, most importantly, listens to his music.

Kaybee couldn't hide his excitement on the TL when it emerged that his song Uwrongo, which features Shimza, Black Motion and Ami Faku, made it onto Obama's top 2020 playlist.

The list, which are songs that Obama (with the help of his family and friends) put together as the best songs of 2020, features artists from the US mainly, but considers artists from all over the world.

“I cannot breathe,” Kaybee wrote on Twitter when he heard the news.

When he finally caught his breath, Kaybee expressed his joy at the news and thanked Shimza, Black Motion and Ami Faku for coming together to make an Obama playlist-worthy song.

“I just got offstage in Zambia and found out that Barack Obama listens to #Uwrongo. First of all shout out to the team, Ami Faku, Shimza and Black Motion. This just made my year,” the DJ said.

Prince Kaybee's Uwrongo, made the cut alongside songs such as Savage Remix by Beyoncé and Megan Thee Stallion and Essence by Wizkid featuring Tems.

Thousands of fans and industry mates congratulated Prince and his collaborators all over social media. One of the sweetest congratulatory messages came from Prince's lover and radio personality Zola.

To which Kaybee replied with a sweet message.

“When you shed a tear on our call last night, I then knew you all the way Innnnn, you are special and for the rest of your days I just want you to be happy,” Kaybee tweeted.

In an Instagram video, Prince felt compelled to send a personal shoutout to Obama. He also thanked SA for showing his music, and particularly Uwrongo, love. He said he believed it was Mzansi's love for the song that made people like Obama pay attention.

Listen to his mini-speech below:

"I wish someone else could’ve got the nod, really tired of these wins and don’t get celebrated enough."
TshisaLIVE
1 year ago

Prince Kaybee admits he doesn’t own his masters, but sees no problem with it

"Sometimes independence sounds nice 'cause of the hype, but very few artist are ready to bear with the realities of being an indie."
TshisaLIVE
1 year ago

Prince Kaybee advises fans to downgrade if not financially stable

Ain't nothing wrong with a smaller car or house, according to Prince Kaybee.
TshisaLIVE
1 year ago

Prince Kaybee also said he can't wait to have babies with Zola!
TshisaLIVE
1 year ago