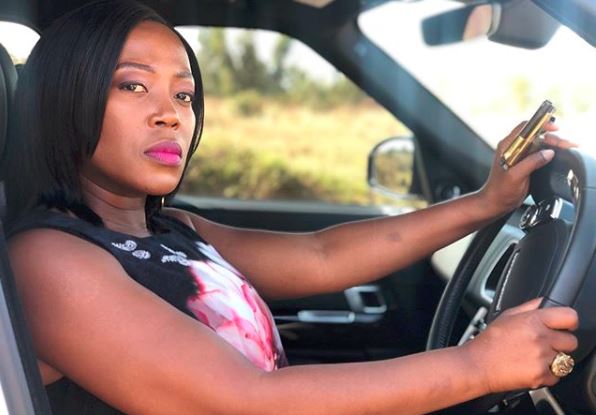 Rami Chuene did not mince her words on the TL regarding homosexuality.
Image: Instagram/Rami Chuene

A lot may have happened in 2020, but one of the most impressive things that came out of  celebville was the amount of passion Mzansi's famous faces poured into slamming homophobia, every chance they got.

While the world, Africa and SA have made great strides in fully accepting same sex love and all the other sexual orientations that exist, there were many instances in the year that left people feeling like we took two steps forward and one step back.

Just as love or couples that fall within the rainbow community were being celebrated,  homophobes would show up and attempt to ruin the moment.

These celebs, either through their work, social media or interviews, took their time to set homophobes straight and to slam homophobia in all its forms.

Rami Chuene (and many others, including Lumko Johnson, Ms Olwee and others) slammed pastor Gerry Rantseli-Elsdon and essentially the Cheeky Palate squad for some of their comments on sexuality.

Rami joined hundreds of social media users who slammed people using the Bible to label homosexuality as “unnatural” and a “sin”. This after 1Magic's Cheeky Palate reignited the age-old debate.

While the dinner guests gave their two cents on the matter, it was pastor Gerry's reference to the Bible that caught the most fire on Twitter for her comments.

Her comments were sparked by the reaction to pastor Gerry Rantseli-Elsdon's comments on 'Cheeky Palette'.
TshisaLIVE
1 year ago

Cedric Fourie vs the internet

The Skeem Saam actor had to let peeps know that he will never apologise for advocating for the LGBTQI+ community and that the way he sees it, homophobia was the work of the devil!

The actor clapped back at people on social media who made assumptions about his sexual orientation based on social media posts. He said he was fed up with people wanting to dictate who he can advocate for and why.

“I understand that homophobia really is the devil's work. So what do I do as a straight man in society who has inherited patriarchal privileges? You help those who cannot help themselves. It is what you do with the privilege that really counts.”

Brenda warned all those who had a negative opinion about Somizi and Mohale's sexuality to stay off her social media platforms.

The musician took to her socials like most people in Mzansi earlier this year to stan hard over Somizi and Mohale's white wedding.

While many shared Brenda's sentiments, one user expressed his shock at the post and said “Satan is at work”. He said the Bible was clear that their union was “against the will of God for his creation and reproduction of human life”.

Brenda made it clear that she would not tolerate such homophobia on her TL.

“Why do you guys like doing this on my posts? Like couldn’t you have posted your own and discuss, ke, These are people I love and I posted them because I wanted to celebrate them. This is my page. If you are not happy you can easily pass and say nothing.”

Brenda is here for Somhale, no matter what the haters say.
TshisaLIVE
2 years ago

Budding actor Zola Msizi lashed out against the homophobic comments he's faced since stepping into the role of Lefa Kwena, a gay character on new drama series Vula Vala.

Lefa Kwena lives in the shadows of his father’s greatness while trying to hide his sexuality. Zola explained that since stepping into the role he's had to deal with nasty homophobic comments from people, adding that his mom has been his source of comfort.

Reality TV star Lasizwe was left heartbroken when his support for the #ZimbabweansLivesMatter was met with hostile and homophobic comments.

South African celebrities joined the masses in standing in solidarity with Zimbabweans, amid reports that anti-corruption protesters had been arrested and dissenting voices crushed in the country.

However, Lasizwe's pledge of support was met with unexpected reactions from some homophobic users that left him hurt.

The homophobic responses broke Lasizwe, who said that it reminded him that the LGBTQI+ community still has a long way to go before they are accepted on the continent.

“The homophobia I am currently experiencing from my fellow African brothers and sisters is heartbreaking! We still have a long way to go for the LGBTQI+ community to be free in Africa!” he said.

In response to Lasizwe's "I stand with Zimbabwe", one tweep relied "Unfortunately we don't stand with gays"
TshisaLIVE
1 year ago

Bet Vusi didn't see that type of ending to his latest twar with Sizwe coming ...
TshisaLIVE
1 year ago

"Sthoko made Clement's sexuality all about her, her life, her job, how people would treat her and what she would have to do to now protect her son ...
TshisaLIVE
1 year ago