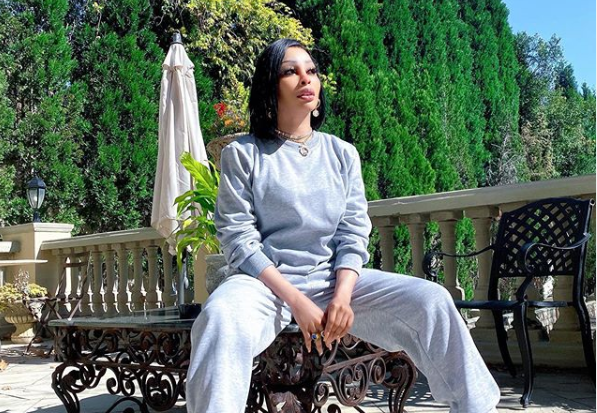 Khanyi Mbau's skin lightening treatments, which started in 2011, have had Mzansi up in arms.
Image: Instagram/Khanyi Mbau

Even in the wake of a global pandemic and the other challenges 2020 brought, trolls still found the time to take aim at Khanyi Mbau for her decision to undergo skin lightening procedures.

It's been nearly a decade, yet Khanyi's skin lightening journey still managed to become a talking point on several occasions this year.

Not one to take things lying down, Khanyi also made it clear that she would not bend in the face of cyberbullying.

In July, the TV star again addressed comments about her decision to lighten her complexion, encouraging women to be comfortable in their own skin.

Khanyi told women to embrace whatever beauty regime they were happy with, adding that being black was a state of being.

Here's a recap of some of the nasty comments Khanyi's faced:

In true Khanyi style, the negative comments were like water off a duck's back and she made it known that there were different levels to this game. Ouch!

“They may not be as honest and open as I am. 90 percent of your celebrities lighten their skin. It is part of the game. Remember our game is different to your game ... it is a culture. It is how we play. We don't want to look ordinary because we do not live an ordinary lifestyle,” she said.

This song is touched for me!!! To us brown skin girls world wide!! ❤️❤️❤️ I SAID WHAT I SAID! Go argue with Jik plz!! DANKIE BEY 😂 pic.twitter.com/0cbzfNR03U

In a separate incident Khanyi again got tongues wagging when she proudly declared herself as a “brown skin girl” too.

“This song is touched for me! To us brown skin girls worldwide! I said what I said! Go argue with Jik please! Dankie Bey,” she said, referring to Beyoncé's song and music video Brown Skin Girl.

This didn't sit well with some tweeps who accused her of trying to get rid of her “brownness” by bleaching her skin.

The star made it clear that as far as culture goes, she is definitely a brown girl at heart.

Though the years of hate must have taken a toll on her, Khanyi has been able to crack a joke or two herself.

Khanyi said that she is moving on from being a real-life Barbie doll, and the next step? - getting enhancements to look like those blue creatures from the Oscar-award winning film Avatar (2009).

“I’m past that phase, I’ve gone past the Barbie doll. I am actually now trying to chase the avatar. I actually said if I could turn this body blue I would do it,” said Khanyi.

Khanyi Mbau is ready to date again but the guy must be rich!

Khanyi is ready to mingle but not if you're broke or uhm ugly...
TshisaLIVE
1 year ago