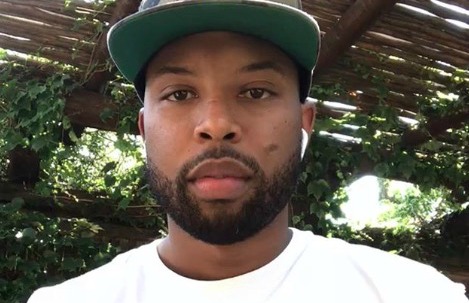 Sizwe Dhlomo's comments about his fleet of whips had Twitter clapping back!
Image: Instagram/Sizwe Dhlomo

Sizwe Dhlomo had Twitter up in arms this week after asking his followers about their "fleets" of cars.

With it being the season of giving and all, who else but local TL rabble-rouser Sizwe to give us the gift of watching Twitter unravel over his latest comments!

After getting his car washed over the weekend, the star took to Twitter to ask fans if they also sometimes feel like washing all their cars at the same time.

“You ever had a dude wash your whip so well, you want to go home & get the rest of the fleet? OK, first of all, you ever had a fleet? Lol!” wrote Sizwe.

You ever had a dude wash your whip so well, you want to go home & get the rest of the fleet? Okay, first of all, you ever had a fleet? Lol!

The Kaya FM host was met with animosity in the replies. Many felt Sizwe's tweet was tone deaf in a country like SA.

The only fleets the internet cares about is the new story-like service rolled out on Twitter!

Check out some of the reaction below:

I don't have a fleet, I have fleets right here on these streets pic.twitter.com/dwrVteBbDz

We don't have fleet, we have fleets😂😂. We flex different 😂 pic.twitter.com/FZGP39WGMK

We are faced with a pandemic and yet you’re putting us under pressure with fleet variant pic.twitter.com/AJIJpfpfPz

Fleet as in 'fleet of cars' or the 'Twitter fleets' pic.twitter.com/tTUiUoNph5

With all the hullabaloo from angered tweeps, the media personality had to reassure his followers that it was all in jest and it was one of his famous Sunday jokes.

“I'm just playing y'all. You know it's just jokes on a Sunday, damn! Lol!” said Sizwe.

The star often has his moments that leave the TL in stitches.

After a fan said  Sizwe is a very private influencer of note, he revealed what his silent moves have been doing behind the scenes.

He had us LOL-ing and gagging over a now-deleted tweet about his importance in the rap industry.

“Lol! I am the truest. Name a rapper that I ain’t influenced,” said Sizwe.

'I said I'm sorry and we keep moving on, that's what men do'
TshisaLIVE
1 year ago

Who else feels like they missed their chance to be millionaires last night?'
TshisaLIVE
1 year ago