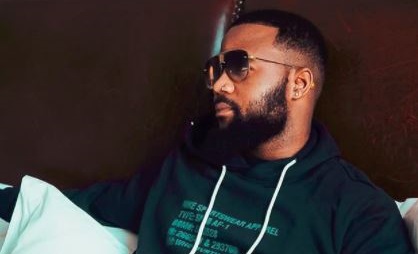 The Covid-19 pandemic swept the planet in 2020, forcing governments around the world to enforce nationwide lockdowns, and leaving millions infected.

SA celebs were among those who caught the virus, with many fighting a silent battle away from the glare of the public spotlight.

More than a dozen big name musicians and actors opened up about their journey, getting candid about their struggles.

Rapper AKA was one of the first big name celebs to publicly reveal that he had been diagnosed with Covid-19.

He issued a press release on the news, mentioning the government, and promised to share his journey with fans to educate people about the virus.

But when some claimed it was all a publicity stunt, the rapper dropped receipts.

He said having a positive attitude was a big part of his healing journey.

This is me a few days ago. 🦠 pic.twitter.com/9gzLZ5o2al

“My body was all over the place. I was hot and cold at the same time” - Cassper Nyovest

His rival, Cassper Nyovest, was a bit more private with his diagnosis, only revealing months later that he had beaten the virus.

Speaking to US radio host Ebro Darden in October, Cassper said he self-isolated for 14 days, but was hit hard by the virus on day seven.

“My body was all over the place. I was hot and cold at the same time. I was sweating and when I'd take off my clothes I'd get cold. That's the one day I remember being challenged. Probably seven days later I was back running in the streets.

“I didn't have all the symptoms but it definitely felt worse than just flu, like people say it is.”

My guest today on the Ebro Show was South Africa’s @casspernyovest, talking his new album A.M.N (Any Minute Now). We also get into his own battle with COVID-19 that left him unable to work for two weeks.

It almost took my life - K.O

Another artist who only let fans know after the fact was rapper KO, who revealed in October that he nearly died from the virus three months earlier.

In a birthday shoutout to himself, the star shared how grateful he was to be “blessed with another year on God's green earth”.

Blessed with another year on God’s green earth! COVID-19 almost took my life in July, it’s clearer now than ever I’m here for a purpose!
October 13 eBaragwanath a baby boy was born... Libra Gang!

The Queen actor Mlamli Mangcala had fans fearing the worst when he posted a video of himself struggling to breath in ICU earlier this year.

In a lengthy Facebook Live, he detailed how he had been fighting for his life for several days, had trouble sleeping and difficulty breathing.

He said when X-rays revealed that he had bilateral pneumonia, in addition to Covid-19, he feared the worst.

'I was out cold, shivering'- Kabelo and Gail Mabalane

In July, Kabelo and Gail Mabalane revealed they had tested positive for the virus, opening up about their journey on social media.

“I think it is due to me training quite a lot and stress. Training at high intensity compromised my immune system, which made me susceptible to contracting the virus. I started having weird symptoms — a burning sensation in my eyes and nose. Sunday was the day it started getting hectic. I was out cold, shivering.”

Gail nursed him during his quarantine, but a week later contracted the virus herself.

“Our symptoms were not very similar. I had severe headaches and shortness of breath. I panicked and started worrying about the kids,” she said.

“I was pretty sure my chest would give in” - Enhle Mbali

Even though she had been super careful, actress Enhle Mbali contracted the virus, telling fans in July that she thought her chest would give in.

“I also tested positive for Covid, as careful as I am. They even make fun of me on set. Yesterday was the worst days, I was pretty sure my chest would give in, I gave myself permission to heal and also to ask for help,” she wrote in an Instagram post.

The last 3 years have been testing. Emotionally, physically and mentally. I have been through so many life changes and I’m greatfull as the universe continues to show me my greatness , even when it was being viciously striped away from me, and none existent finish lines were being drawn on the ground and removed just before I reach them, the spirit of hopelessness would knock at my door reminding me of my unhappiness. I had to have some real conversations with myself aon how ,why, I was forgetting me. I found the answers and when I did life began, 2020 was that year for me . People will loose it but this is my best year. Was listening to Jader and understood for the first time how we allow people to treat us the way they do, I have always known I am not a victim and don’t act the part,but now more than ever I understand no one else gives permission but yourself. People lie in your names sake. They will cheat, mistreat you , allow others to mistreat you only because you give them permission. I also tested positive for covid as careful as I am . They even make fun of me on set. Yesterday was the worst days, I was pretty sure my chest would give in , I gave myself permission to heal and also to ask for help . In that I got so much revelation to my third and final cleansing in my 30s allow me to introduce you to Enhle Mbali the girl I left and forget in her 20s , boo where have you been. Feels great😂 let’s get it. #EMPRESSENHLE🧲🧨🦠💉🧪🥇🥊🥋🍫🍬🍭🌶🌈🌍🌸🧚🏽. Sincerely yours Enhle Mbali Mlotshwa

Musician DJ Sox was also hit hard by the virus, revealing that he had developed a lung infection and pneumonia.

The DJ took to social media in July to explain that after testing positive, his condition deteriorated and he ended up in hospital.

“I've got a lung infection and pneumonia on both lungs — with one lung more severe. I've been in this hospital for quite some time and I just figured, let me share, because I've been getting phone calls and others already found out that I am sick. Guys, I was really sick, like seriously sick,” he said.

My encounter with COVID 19

Here are some other celebs who have beaten Covid-19 and shared their experiences:

"Covid-19 tried to destroy me, but I beat it."
TshisaLIVE
1 year ago

"Like the saying goes ... tough times never last, only tough people last, so we’ll be fine,” she said.
TshisaLIVE
1 year ago

Skolopad is the latest star to be diagnosed with the coronavirus.
TshisaLIVE
1 year ago

'It's a war, this thing': Sthandiwe Kgoroge on beating Covid-19

Former 'Generations' actress Sthandiwe Kgoroge announced on Instagram that she has made a full recovery from Covid-19.
TshisaLIVE
1 year ago

Abdul Khoza tests positive for Covid-19: There's nothing to fear