Here's why Mary Twala has left a lasting legacy ... 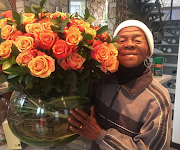 As if dealing with a global pandemic and drama galore weren't enough, 2020 also served South Africans a heartbreaking blow with the death of veteran actress Mary Twala.

The star died in July at Netcare Park Lane Hospital in Johannesburg at the age of 80.

Her granddaughter and family spokesperson Phumzile Twala told TshisaLIVE that the family had hoped for her full recovery but were “shattered” at Ma Mary's passing.

She said Ma Mary had been in and out of hospital for several months and struggling with diabetes.

She said Somizi and her brother were on their way to the hospital to visit Mary and bring her things when they got a call from the doctors telling them to hurry because the star's health was deteriorating rapidly.

Sadly, they got there just a little too late.

“You know that she is old but she was so strong. She had pulled through so many times before that we thought she might be strong enough again.

“I was taking care of her. A day before her passing she was her old self. Doctors said she was up and jolly just 30 minutes before her passing. The doctor told her Somizi was on the way and she was so happy. All of a sudden she slipped away.”

Her death sent shock waves across the country and led to a flood of tributes on social media.

The full extent of her loss was felt in the months after her death when her final moments and projects were revealed.

Some of the most emotional moments were shot months before her death for Somizi and hubby Mohale's TV wedding special. Ma Mary made several appearances in the series, with two in particular switching on the waterworks.

Every single emotion was felt 😭 Celebrate @Somizi and @Mohale_Motaung with #SomhaleUnion, exclusive to Showmax. pic.twitter.com/btx3QsC9Ey

One of the star's last projects before her death, the film This Is Not A Burial, It’s A Resurrection, opened the Durban Film Festival in September and honoured Mary with a Best Actress award for her role as 80-year-old widow Mantoa, who leads a resistance movement after her village is met with forced resettlement.

It then went on an Oscar-qualifying run in November in hopes of scoring a nomination at the prestigious awards ceremony.

In August it screened at the 44th annual Hong Kong International Film Festival, where Mary again walked away with the Best Actress award.

Global audiences also got a glimpse of Mary when she featured as Rafiki in Beyoncé's iconic Black is King visual album. In one of the most powerful scenes in the film,  Mary blesses and raises the main character.

Taking to social media, Beyoncé's mother Tina said she had heard about Mary's death through her daughter, and hailed Ma Mary as a “wonderful legend”.

“It is very interesting that in the film the poetry says 'the elders are tired'. May she rest in eternal peace,” Tina said.

Scandal US star Kerry Washington also offered her condolences, and said she was “sending prayers”.