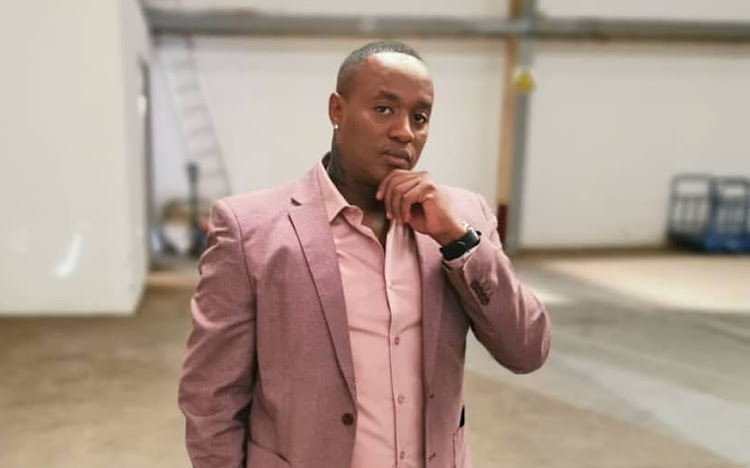 Rapper Jub Jub has reinvented himself as a reality TV show host after being released from prison in 2017, and in 2020 continued to dominate our screens with his shows.

Jub Jub and Themba Tshabalala were convicted of culpable homicide in 2012 after crashing their cars into a group of schoolchildren in 2010, leaving four children dead and two others brain damaged.

He was released on parole in 2017 and soon started working on TV projects with popular channel Moja Love.

His Cheaters-like show, Uyajola 9/9, has become a favourite on local TV screens but has also been dogged by claims that it is scripted.

He introduced audiences to a new show this year, You Promised To Marry Me, which aims to help women who have been in a relationship with the same guy for years without getting a ring.

The shows trend on social media every week and have created some of the biggest talking points of the year.

Here are five times it blew up on the TL and beyond:

SWEPT OFF HIS FEET - AND THE FEUD THAT FOLLOWED

In one of the most explosive episodes of Uyajola 9/9 this year, a contestant was restrained, seemingly against his will.

The incident, though not new to the show, left many angry. Among them were actress Nokuthula Mavuso and footballer Jabu Mahlangu.

Music mogul TK responded to Jabu’s post, claiming it was clearly fake and the man was acting, sparking an angry response from Jub Jub warning TK not to provoke him.

WHAT'S KELLY K GOT TO DO WITH IT?

A few weeks earlier an alleged cheater dragged Jub Jub's ex Kelly Khumalo into the drama, when he name-dropped her during an altercation.

Charlie was confronted after being caught red-handed at his side-chick's house but still denied everything.

The streets were howling!

Some says when you in a war, you must go for the head but this one went for the balls Kelly Khumalo 😂😂😂#Uyajola99 #Uyajola99Sundays pic.twitter.com/02hWijbNaq

You Promised To Marry Me kicked off in September with wannabe-bride Nqobile losing both the guy she hoped would be her husband, and the boyfriend she had on the side.

Instead of bringing a ring, the show unearthed sis' files and it all fell apart for her.

#youpromisedtomarryme
So Nqobile brought a man into the house? pic.twitter.com/ece28HQcoO

The show again blurred the line between it and Uyajola in October when Michael — the groom — claimed his bae Portia had cheated on him and he now wanted his R60,000 lobola payment back.

The part that slayed most fans was that the man she allegedly cheated with was named John, cue the “John vuli gate” jokes.

Michael wins the LOTTO in Money & Love, so he thinks. Only to find the bet is on him. #YouPromisedToMarryMe

Jub Jub is the perfect guy for this job 😅🤣😂#YouPromisedToMarryMe pic.twitter.com/6fZXnoDSxl

Jub Jub got into a row with a person on the show when, during an argument, she asked him for a lighter.

The host felt straight up disrespected and called her out on it.

That was one messy episode... it went from You Promised To Marry me to Uyajola 99 real fast!
TshisaLIVE
1 year ago

Uyajola 99 always has a show within the show... This week it was Ginger mary and her Engrish!
TshisaLIVE
1 year ago