5 Celebs that called out Minister Nathi Mthethwa in 2020

These artists went full on “phuma silwe” with the minister over various issues! 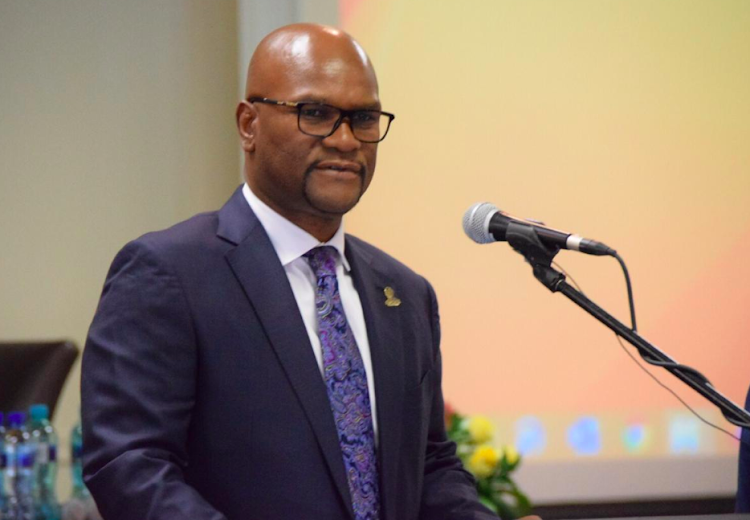 Covid-19 and the national lockdown imposed to help curb the spread of the virus deeply affected artists' pockets. That was the cherry on top of existing problems they face as artists in Mzansi and they made sure that Minister Nathi Mthethwa knew they weren't happy campers.

In 2020, artists went full on “phuma silwe” with the minister and called him out on several occasions over the year to address serious issues they face from the ministry he leads. There was no hiding for the minister because most of his “confrontations” with artists took the form of lengthy Twitter threats and open letters.

The minister and his ministry's shortcomings were highlighted a great deal as the artists dragged him for many things, which include but are not limited to bad communication, slow or unresponsive processes and accusations of neglect from the artists with regards to issues such as exploitation in the industry and sexual harassment.

Here are five such artists who made sure the minister knew their standpoint on one or several of the above-mentioned issues.

Veteran actress Rami Vhuene has largely used her social media platforms this year, to share wisdom and knowledge of the acting industry. She has spoken about the reality of the industry and attempted to simplify many concepts for aspiring actors.

Speaking to TshisaLIVE earlier in the year, Rami said she had always spoken out against those who don't treat actors properly, only that it has now been amplified by social media.

“I have always been vocal about people who don’t treat artists properly. I have always been outspoken about that. I think right now what has made this particular saga is because of how Black Twitter works. All of a sudden everyone has something to say.

She's also added that she's upset with the ministry of sport, arts and culture for not doing more to protect artists.

As a rapper who depends on live performances for his livelihood, AKA was one of the people who spoke up against the government and even accused it of having neglected artists. He also heavily criticised the minister's solutions for artists.

When Mthethwa announced a second wave of relief funds for artists and employees in the arts industry, explaining that creatives can apply to potentially get R2,200 a month  to mitigate the effects of the pandemic and the lockdown.

AKA weighed in on the decision, asking what he would do with this amount.

“Why the f**k has it been designated to artists who spend that amount of money per week on ganja, and not given to people who actually need it? It’s all a** backwards.”

What plan is there in place for the performing arts? Musicians, DJ’s and so forth? ... https://t.co/909U1Axkam

Ok, so ... 80% of this document refers to sports and guidelines pertaining to sports. Where is a CLEAR PLAN for the preservation of THE ARTS & those dependent on THE ARTS for their SURVIVAL? https://t.co/2mvWYJsBKN

Feeling the financial strain caused by the national lockdown, Simphiwe resorted to reaching out to the minister when her applications for the relief fund were allegedly “blue-ticked”.

SA artists were breathing through the wound since the beginning of the lockdown and while some have received help from the government, for others like Simphiwe Dana help took ages to get to them.

The songstress took to Twitter to share her grievances, saying she was yet to receive a response to her application, 70 days later.

“It’s now been over 70 days since lockdown, I haven’t got a response to my Covid-19 proposal. Could you update us on what the holdup now is?” she asked.

Maybe @NathiMthethwaSA will help. He’s more present on twitter than the ministerial account. We need answers and to not be ignored by our department. We haven’t made money most of this year. https://t.co/q0l5U4X3YB

Actress Nokuthula Mavuso has written a detailed Twitter thread to the minister of sports, arts and culture and to the SA presidency, detailing her struggle as a freelance actress

The star said that as an freelance actress, who last worked in April 2019 before the birth of her child, she was in a particularly hard financial position. She explained that she had hoped the announced R150m relief fund allocated to help performers and artists during the lockdown would help her, but even after submitting all necessary documentation, she had met with nothing but silent treatment.

“I was hopeful that the fund would cushion the #LockdownSA #COVID19SA blow. I sent through all required docs by your dept, I’m yet to receive an acknowledgment of receipt from your dept. It pains me that actors like myself have been ignored or rejected without plausible explanation,” she said.

...like myself have been ignored or rejected without plausible explanation. And for the record, #CCIFSA does not represent many like myself. I have engaged with the leadership on this platform on how membership works, no answers. If you could kindly advise on a way forward.

In a six-page letter written in October last year, Vatiswa opened up about alleged  “bullying and exploitation” in the industry. The letter was shared widely on social media and sparked a fierce debate about the treatment of actors in SA.

And while her response from the minister only arrived with 2020, the actress had to send a couple of reminders to the minister in the manner of tweets.

Three months after a disgruntled Vatiswa Ndara penned an open letter that went viral on social media, minister of arts and culture Nathi Mthethwa has finally responded to her concerns.

The minister shared a statement on Twitter addressing say of alleged exploitation in the industry and advised that actors should study and “evoke the Basic Conditions of Employment Act et al in the interim”, and that the matter fell within the jurisdiction of the department of employment and labour.

The minister denied say that there was a lack of support for artists from his department and mentioned the financial support that Vatiswa and other cast members of iGazi received previously.

AKA takes aim: The music industry has been left for dead by the government

"If we don’t do something serious, the arts will also be a casualty of this pandemic," said Kiernan.
TshisaLIVE
2 years ago

"Spare a thought for some of those you are watching: cast, crew etc as some don't have a roof over their heads, or don't know where their next meal ...
TshisaLIVE
2 years ago