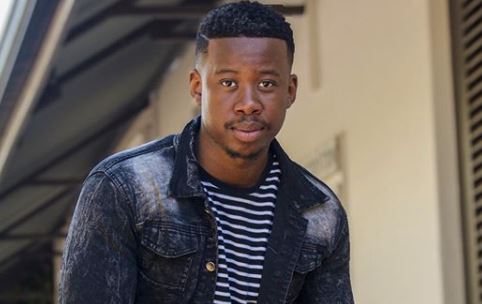 Marking his debut on the TV screens this year, Vula Vala’s Zola Msizi lifted the lid on how he had wished to one day act alongside late American actor Chadwick Boseman who died in August.

The budding actor caught up with the TshisaPOD in October and spoke out about how he wanted to one day act in Marvel movies.

“Seeing his work, seeing how he was able to do all he did while battling colon cancer for four years, it was incredible, it was inspiring.”

Zola added that he was sad he was unable to work with Chadwick as he told so many black stories, which was something he also was inspired to do.

“I also want to give back to the universe, I want to play different roles which are something I am not used to ... I want to be in the shoes of other people. If this world had so much sympathy, maybe if we had so much love, we'd be so far ahead.

“For me, it's like for you being able to play other people, you have to have empathy enough to listen.”

Speaking on having empathy, Zola dished out the 411 on his role, Lefa Kwena, who's a gay man hiding his identity from his family and friends.

Zola explained that the role took him out of his comfort zone.

“It has been a rollercoaster but at this point, I would say that I have enjoyed my role. It has taken me out of my comfort zone. It's something that I enjoy doing because that's where you learn and grow.

“I've done a lot with this character I never thought I would as my entrance into the industry, but it was needed so that I could know how far I needed to go as an actor ... basically to show how determined I am about my career.”

Zola explained that since stepping into the role he's had to deal with nasty homophobic comments, adding that his mom has been his source of comfort.

“My rock 'n roll in this was my mom, because after every emotional scene, every hurtful thing that I had to process to evoke a certain emotion out of me, cause I am drawing from an emotional place.”

The actor said he learnt to be more open-minded through his character and kissing a man for the first time made him realise how society needed to change its perspective on same-sex relationships.

“Being in an area where people feed you all this fear, feed you all this hate and you start being a sponge and taking it all in. Because I remember, before I had gay friends, I was taught as a kid that the only form of love is between a man and a woman ... that's it.”

In response to Lasizwe's "I stand with Zimbabwe", one tweep relied "Unfortunately we don't stand with gays"
TshisaLIVE
1 year ago