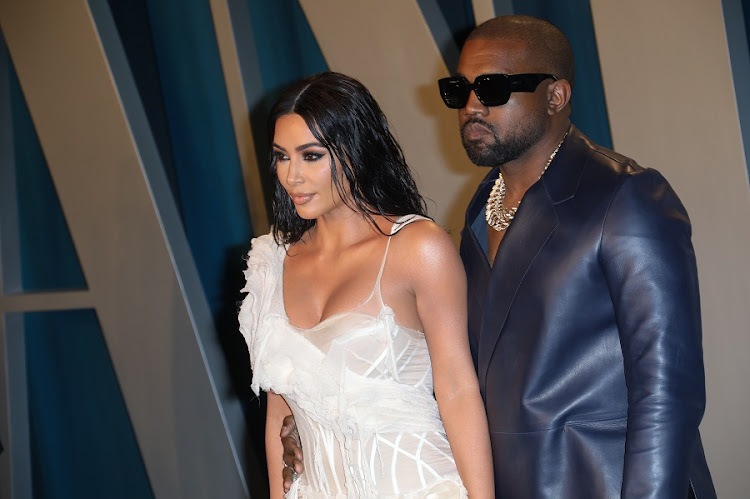 The Wests are in counselling but divorce is very much on the table.
Image: Toni Anne Barson/WireImage

After six years of marriage, Hollywood giants Kanye West and wife Kim Kardashian West are reportedly headed towards divorce, and fans are wilding out!

According to a Page Six report, the couple are currently in counselling but it seems they are on the road to splitsville.

The publication claimed that Kim has hired divorce attorney to the stars, Laura Wasser, the attorney working with producer Dr Dre on his split from Nicole Young.

2020 was a tumultuous year for the couple. A source told E! News last year that the couple were spending a lot of time apart but remained focus on their children.

"[Kim] is doing her thing and [Kanye] is doing his. She doesn't micromanage it or worry about it too much,” added the insider. “She lets him go off and be who he is. It is what it is.”

The couple began dating back in 2012 and got married in 2014. Kim and Kanye have four children together: North, Saint, Chicago and Psalm.

It didn't take too long for the internet to catch wind of the reported split. Though there were a barrage of bereaved Kimye stans, the memes came rolling in on time.

Some were in disbelief that Kim and Kanye would no longer be a power item. Check out their reactions below:

The second they posted these, claiming Kanye was inside, is the exact moment the jig was UP pic.twitter.com/btcrkAfF7D

I don’t have an opinion on Kanye West and Kim Kardashian seperating, I am just using this as an opportunity to post my favorite Kanye clip 😂 pic.twitter.com/CxSsITXU2K

“Hey Kim baby, it’s Ray J... I know it’s been a while since we spoke but it’s crazy I was just watching our tape the other day and I just saw you and Kanye getting a divorce... You know i had one wish, that you would be my boo...tell your mama I miss her...take care” pic.twitter.com/n9D9LZK8sq

we should have seen this kim and kanye divorce coming when kim stopped wearing neutrals pic.twitter.com/ZpyqQqN0lf

Since Kanye and Kim are trending, let’s throwback to their greatest moment ever pic.twitter.com/ANA1n6vrJ7

Me as soon as I listen to the first song on Kanye's breakup album pic.twitter.com/suD0ZjS659

Kanye fans after realizing that they will be getting another classic heartbreak 808 Kanye album pic.twitter.com/1hKcEuvpPS

Kanye West and Kim Kardashian are getting a divorce.... love isn’t real 💔 pic.twitter.com/h866kMDk2L

Hearing the Kanye news but realizing that divorce Album finna be Fire 🔥: pic.twitter.com/kxiDNGws8X

kris jenner : after leaking the story herself about kim and kanye divorce 😌 pic.twitter.com/EjPalSJmUl

Kanye got Kim K a hologram of her late dad for her 40th birthday & fans are wilding out!

Kanye West: a consistent king of serving himself!
TshisaLIVE
1 year ago

Reports claim he visited a hospital over the weekend to be treated for anxiety.
TshisaLIVE
1 year ago