Kelly Khumalo: 'It takes real courage to hear the worst about you & still walk with your head held high' 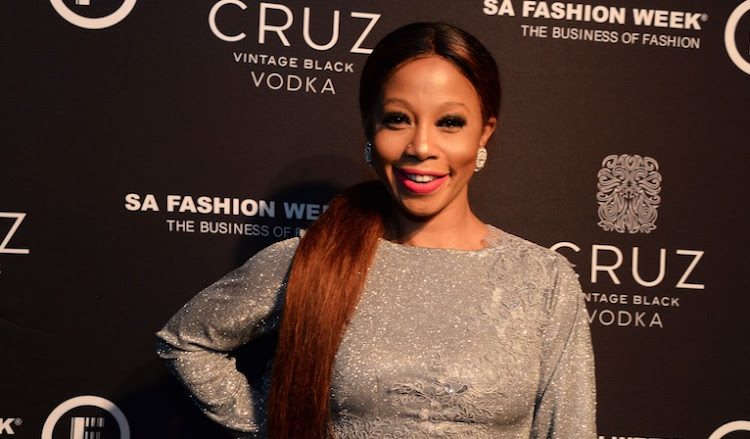 Kelly Khumalo has spoken about how her tenacious spirit gets her past the negativity thrown at her.

The singer took to Instagram this week to share a snap of herself looking radiant. In a caption she wrote that she was a “god that was downgraded to a queen”.

“It takes real courage to hear the worst things about you and still walk with your head held high, After all, I am a god that was downgraded to a queen,” she wrote.

The reality TV star opened up in August last year about the hate she got after the death of her daughter's father, former Bafana Bafana goalkeeper Senzo Meyiwa.

Senzo was gunned down at Kelly's family home in Vosloorus during an alleged house robbery in 2014.

In an interview on MassivMetro, DJ Sbu asked Kelly what she would say to Senzo if she got the chance to do so.

“I don't know what to say. I think what I want to say is: 'I would have been better off with you alive than gone,'” Kelly said.

In an episode of her reality show, Kelly detailed how Senzo was always in her corner and never judged her.

“My life took a turn for the worst and I've never really thought that in my existence I would be hated by so many so intensely,” said the singer while she battled tears.

“Senzo was one of the people who never gave up on me no matter what. I drove him crazy, he drove me crazy, but there was never a point where that man would give up on me. Nothing was worth him giving up on me.

“At first I thought maybe if they find the killers I would feel better and maybe my life would change, but I realised that even that will not bring him back. That will never allow my daughter to have a father or me to have someone I call family, a friend who is there no matter what, irrespective of my shortcomings,” she said.

From Jub Jub to being labelled a 'killer': 5 hectic moments from Kelly K’s reality show

Kelly Khumalo's reality show was one of our favourite things of 2020.
TshisaLIVE
1 year ago

A timeline of Kelly and Zandie’s ‘divorce’

Breakthroughs and new allegations: Inside Senzo Meyiwa's murder case in 2020

Here is a timeline of what happened this year.
News
1 year ago

Jub Jub really kept us glued to our TV screens this year.
TshisaLIVE
1 year ago