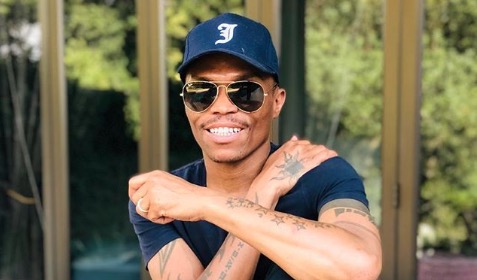 Somizi's tips on how to achieve success have the internet rubbed up the wrong way.
Image: Instagram/Somizi Mhlongo

Actor and media personality Somizi Mhlongo-Motaung has come under fire for saying there shouldn't be any excuses for one's lack of success.

Though Mzansi is usually obsessed with the beloved Somizi, this week the star has been in some social media users' bad books for his advice on becoming big in the entertainment industry.

The former child star took to Twitter with his "coming up" story. Somizi said that through hard work and perseverance, he was able to overcome the financial struggles of his past.

“Onendlebe uzongizwa: whoever has ears will hear me. I once had it all, lost it all. I grew up poor as well and now I am not. Moral of the story: work hard, believe, have faith; stop complaining, keep knocking or build yo own door. No excuses, pray ... Gmorning,” tweeted the star.

Many of Somizi's stans found his advice and thoughts helpful, with the nation praising the Idols SA judge for his wisdom.

True SomGaGa, I'm a living testimony... I started working as a driver at some company, no matric or any qualifications, except for my driver's license.. I took myself back to school and I'm excited to tell you that I'm now a branch manager in the same company...

True to that work hard you will reap what you saw https://t.co/wByN9csywG

True SomG, I remember when you started your cooking show with one potato. pic.twitter.com/aqwqHwCNGg

This is what the youth of South Africa needs from you... Instead of telling them you richer than them pic.twitter.com/f51GWS0w6F

However, there are fans who couldn't get on-board with Somizi's rant. Tweeps found that his thoughts were tone-deaf and without any true advice to help his fans.

Twitter also pointed out that Somizi is the child of late SA icons Ndaba Mhlongo and Mary Twala, and said he owed some of his success to his parents. Check out the criticisms below:

SomG.....sometimes you need to be honest...tell people the truth gore they need some connections...people have been working hard more than you but still ak'veli lutho.

People needs to learn to connect, one good moove with right people 👏 u'll make it.

Hay Somizi susibhanxa..
Yes you are a hard worker but doors were easily opened for you because of your parents unlike someone like me who comes from poor family and my parents are Nobody.
We all know that in SA everything is about connection whether you have qualifications or not

Also, weren’t you traveling abroad as a teenager during apartheid? Which poor Black person CHOOSES not to write their Standard 10? Please Somizi, poverty isn’t something we appropriate for motivational talk. https://t.co/0qppNMnyww

This is not the first time Somizi has divided the nation with his motivational tweets. His past comments on others' finances got under Mzansi's skin.

Last year a video of the Dinner at Somizi's  star caught heat, when he referred to a group of people with whom he was vacationing as "poor people".

But Somizi hit back, saying the people in question were his friends.

“Are you in that video? Are you one of my friends down there who are not offended by the joke? Why are you personalising this? Heal please. What and who you are has nothing to do with me,” he said.

Halala! Somizi's cook book is a No 1 bestseller

It's only up from here for the self-taught chef!
TshisaLIVE
1 year ago

Somizi hates that social media users are too invested in his love life!
TshisaLIVE
1 year ago

Picture timeline: A year of marriage for Somizi and Mohale

The newlyweds have been slaying the TL in 2020.
TshisaLIVE
1 year ago