“I can’t share details but I can confirm that I am very happy with the settlement.” 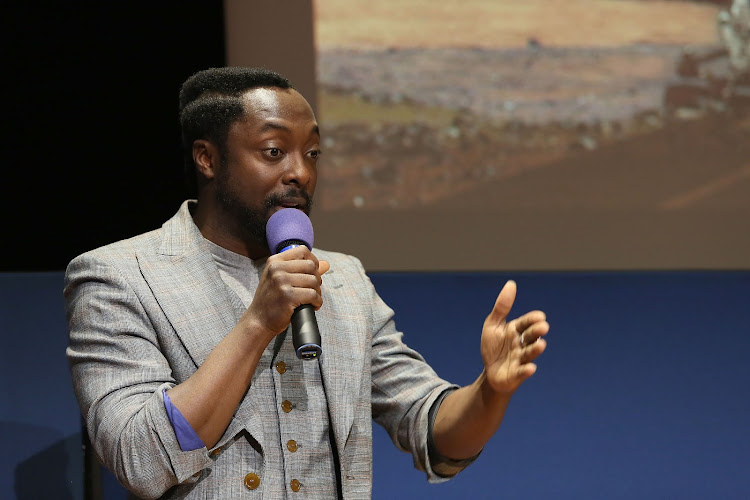 According to SowetanLIVE, the DJ confirmed the news of the settlement on Wednesday, saying though he can't disclose how much he received, he was “very happy with the settlement”.

“My team at Black Major and their management team got in touch very quickly to discuss solutions. Communication was fast and I think this had something to do with all the pressure on social media,” he said.

Just less than two months ago when the track Culture dropped, SA social media users lambasted singer Megan Ryte for sampling DJ Lag's track without permission, not knowing that the Black Eyed Peas frontman was the one to be blamed.

In the wake of the uproar Will.i.am publicly apologised and took full responsibility for the plagiarism dispute. Through a video on Instagram, he expressed that Megan was not to blame.

“I’m here to clear up the situation between the song Culture and Ice Drop by DJ Lag. First I want to take the time to apologise to Megan Ryte from the bottom of my heart. Megan, I am truly sorry for putting you in this situation.

“I apologise to DJ Lag. You are an awesome producer, you have an amazing future ahead of you and I’m so sorry for getting the information wrong,” he concluded in the video.

Before Will.i.am's apology, DJ Lag, who produced Beyoncé’s My Power on The Lion King: The Gift album, quoted a post of Megan sharing the video of Culture with footage and a link to the video of Ice Drop.

While many pointed out the similarities between the songs, DJ Lag’s artist management agency Black Major issued a statement on Twitter [at the time] saying, “We are handling it!”

Will.i.am 'apologises' to DJ Lag: 'I obviously got the credit information wrong'

'We need this apology in dollars': Mzansi responds to will.i.am’s 'sorry' to DJ Lag

DJ Lag confirmed he was not involved in the production of the 'Culture' song by sharing his own version of Megan's tweet, which has been deleted.
TshisaLIVE
1 year ago

The beam team! Bonang and AKA are living the upper life

B and AKA have taken the US by storm and haven't been shy to give us a glimpse of all their adventures. From hanging out with A-list stars, to ...
TshisaLIVE
5 years ago