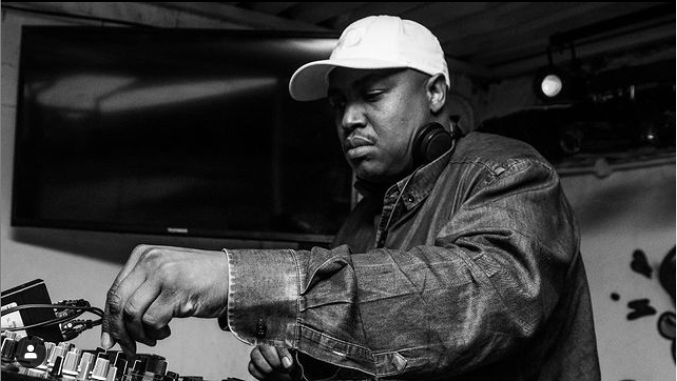 The Mzansi arts industry suffered yet another loss this week when Kaya FM confirmed the death of loved DJ and co-founder of popular streetwear and lifestyle brand Loxion Kulca, Wandi Nzimande, on Wednesday night.

According to Sowetan, Wandi's death was confirmed on Wednesday evening by Gauteng-based radio station Kaya FM, where he was a resident DJ for over a decade.

SA celebrities and his fans flooded social media platforms with condolence messages for his family and friends. Wandi, who many described as a humble, selfless and a much loved radio personality, left many of his industry friends in disbelief and devastated.

TV presenter and actress Thembisa Nxumalo (née Mdoda) was one of the people who were left visibly shattered by Wandi's death. She took to Twitter to say her goodbyes to a dear friend.

“God. What is this?” she tweeted with crying and broken heart emojis.

Thembisa spoke about some of the moments she shared with the DJ, that painted a picture of the kind of guy he was.

“For the last Cherry Film Festival, Wandi chose to leave a day later so he could pick me up because I was shooting the day we were all supposed to leave. He spoke of all the things he wanted to do for his wife, this industry, his family, himself. Oh God.

“A friend of the arts and an incredible elder of Cherry Film Festival. When I got married, DJ Wandi said, you may not think we know but you married a good one. We are watching you, and protecting you. I am broken. Rest easy Wandi,” she wrote.

For the last @CherryFilmFest, @Dj1D chose to leave a day later so he can pick me up because I was shooting the day we were all supposed to leave. He spoke of all the things he wanted to do for his wife, this industry, his family, himself.

Many other celebs also spoke about DJ Wandi's character and the legacy he left behind.

“DJ Wandi, what a legend. grootman laka. Always had something nice to say, something motivating. Thank you for showing us that it's possible. For showing us that local is not only lekker but it superior. Rest in peace Bra Wandi,” rapper Cassper Nyovest wrote.

Media personality and businessman Maps Maponyane echoed Cassper's sentiments: “Such a selfless man that just wanted to keep giving young people opportunities to thrive as often as he could. Met him when I was 18,  and walked in my first SA Fashion Week show (@loxionKULcA) because of him, and it opened many doors. I'll be forever grateful Rest In Peace brother 1D.”

I hate that yet another incredible soul has left us💔

I can't thank you enough for all that you've done for me and for the industry. You were a trailblazer, true to yourself and always put your people on and backed the 100% - RIP my brother, we'll miss you @Dj1D🙏🏾🕊#LoxionKulca

Such a selfless man that just wanted to keep giving young people opportunities to thrive as often as he could. Met him when I was 18, & walked in my first @safashionweek show (@loxionKULcA) coz of him, & it opened many doors. I'll be forever grateful🙏🏾 Rest In Peace brother 1D.🕊

Here are the rest of the heartfelt notes and tweets from Mzansi celebville:

The realest and hardest working person I knew. Co-founder of Loxion Kulca, took Soweto TV to heights unseen before, music man, a f*cking creator who loved to CREATE! He always had time for me, scolded me for sleeping on myself all the damn time.! #RIPDJ1D 🕊💔 pic.twitter.com/CMN5YBjvXi

What an Amazing Dude. A Really Great Brother 🕊

Thank you for the laughs, the tears & memories you shared with us over the last four hours. 🙏🏽❤️🕊 #RIPDJ1D

End of last year @Dj1D called me to record for @MStreetculture.
I joked: in a pandemic? He said: Mel, it’s for the culture! You have to do it. And I’m so glad I did.
He was all about street culture, our music, our stories, us.
What a wonderful man & legacy 🥺❤️🙏🏽 #RIPDJ1D pic.twitter.com/Zy2FwMJ9wD

We are saddened by the passing of the wonderful Co-Founder of Loxion Kulća and Kaya FM Mix DJ, Wandi Nzimande (@DJ1D). We send our condolences to his family, friends, and South Africans at large. May his soul rest in eternal peace🙏🏼

Lindiwe Ndlovu has died at the age of 45.
TshisaLIVE
1 year ago

Gospel star Israel Linda Mosehla has died at the age of 50.
TshisaLIVE
1 year ago

From comedy to drama and everything in between, Lindiwe had the game of make believe in the palm of her hands. Whatever role she played, she slayed.
TshisaLIVE
1 year ago

Mary Twala, Bob Mabena and Allen Booi are some of the industry giants we lost this year.
TshisaLIVE
1 year ago