DJ Sox worried about Covid-19 vaccine-related politics: How are we supposed to trust? 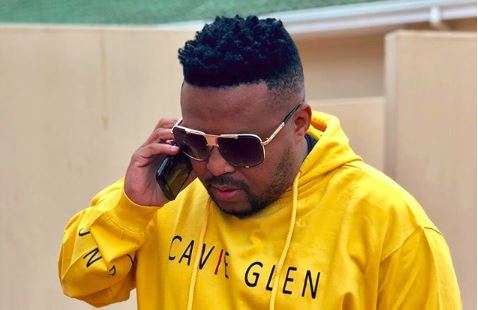 DJ Sox shared his concerns about the Covid-19 vaccine.
Image: Via Instagram

In the wake of heated debates, KZN-born DJ Sox is more concerned about all the politics surrounding the Covid-19, saying they are making it hard for him to trust.

Mzansi has recorded more than 1.3 million infections and more than 37,000 deaths related to the virus, the most in Africa. Reposting a clip from a CNN news bulletin about the vaccine, DJ Sox expressed his worry.

“When you watch western media like CNN they discredit the Russian “Sputnik V” vaccine saying it was rushed, no thorough tests were done and it’s efficacy isn’t clear. On the contrary when you watch Russia Today News or any eastern media the same is said about the American “Pfizer” Vaccine.

“How are we supposed to trust any of these vaccines if they are so politicised. We must just produce our own vaccine that we can trust ..." he asked.

Sox's concern sparked another debate in his comments section, with one of his followers asking the DJ if creating our own vaccine was a bit far fetched, considering the rising numbers of people dying daily.

“Does Africa has even a small capacity to do that? ... at this moment? While thousands of our people are dying everyday. Let's not day dream,” the followers said.

DJ Sox submitted his opinion, saying he believes SA is capable of creating its own vaccine and he used the Minister of Higher Education, Science and Technology as his source.

“I’m not daydreaming, SA is capable and akusho mina kusho u (that is according to the) Minister of Higher Education, Science and Technology and he goes on to say that SA has developed vaccines before and it’s not only him who confirms our capabilities the council for scientific and industrial research confirms this.

“Now the problem is we must wait for rich countries to first vaccinate their people then consider supplying us later. Now china has vaccinated 10 mil people, USA 1 million, Russia 1 million and we must wait to be supplied by them mase be grand bona (when they are fine)” the DJ said.

The calculation for the AU allocation is based on SA's share of the continent's population.

President Cyril Ramaphosa, the AU chair, said last week that the organisation had secured 270 million vaccine doses and that they would be distributed based on countries' population size.

SA's health ministry also said this month it was in advanced negotiations with J & .

Local pharmaceutical company Aspen will be manufacturing J & shots but unless a firm agreement is signed with the SA government all those doses will be exported.

Why prisoners are a priority in vaccine rollout

Inmates comprise a vulnerable group in society and they are meant to receive Covid-19 vaccines earlier than the general population. This has sparked ...
News
1 year ago

President Cyril Ramaphosa has appointed his deputy, David Mabuza, to lead the inter-ministerial committee that will oversee everything related to the ...
Politics
1 year ago

'I'll have the vaccine as soon as it's available to me': Desmond Tutu

Archbishop Emeritus Desmond Tutu has vowed to be vaccinated against Covid-19 "as soon as one becomes available".
News
1 year ago