IN MEMES | Lehasa’s face when he saw Fanie’s lawyer left fans in stitches! 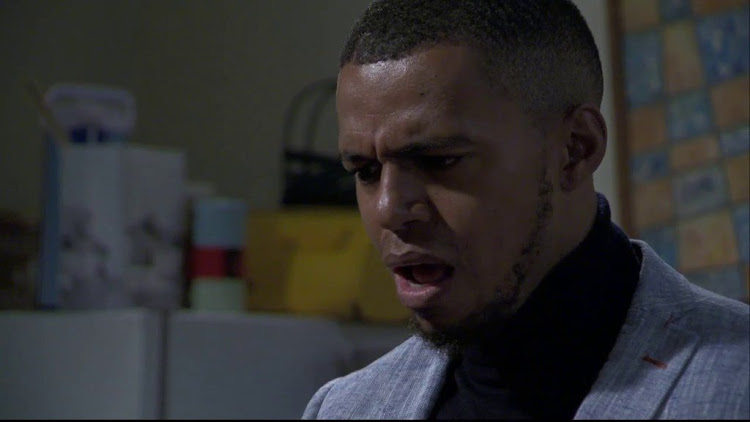 Lehasa is sure something is 'fishy' about Fanie and Kgosi's lawyer.
Image: Via Twitter/Skeem Saam

Skeem Saam's Lehasa left fans of the SABC1 popular soapie in stitches with his hilarious facial expressions when he realised there was something bogus about the guy Fanie and Kgosi claim is their lawyer.

You know that feeling when you are certain you've seen someone somewhere but you just can't put your finger on the details? That's the story Lehasa's face (played by Cedric Fourie) told Skeem Saam fans on Tuesday evening.

Fans were left in stitches when they realised the man claiming to be the lawyer for Fanie and Kgosi is the same guy who was their biggest customer for the illegal seafood they were selling.

Lehasa finds himself between a rock and a hard place because not only does he want justice against his criminal employees, the very same people know some of his dark secrets.

It didn't help the situation that Cindy was so out of it with anger that she didn't even give Lehasa a chance to explain or solve the mystery of the lawyer.

Fans are waiting in anticipation to see how Lehasa will tackle the situation after Fanie and Kgosi were granted bail.

See some of the reactions about last night below:

#SkeemSaam The lawyer was one of the customer who purchased the illegal abalone pic.twitter.com/uRaBQ4o99K

I wanted Cindy to shut up and let Lehasa connect the dots for her maan. Bathong! #SkeemSaam pic.twitter.com/gG62CcVbKG

But why isn't Cindy listening to Lehasa? Bathong.. #SkeemSaam pic.twitter.com/Ncng7IiCPR

Lehasa will be left with no choice but to support Fanie or else the tables might turn and he face music too. #SkeemSaam pic.twitter.com/AcqW3NV82Y

But why isn't Cindy listening to Lehasa? Bathong.. #SkeemSaam pic.twitter.com/Ncng7IiCPR

This lawyer seems to know his business 🤞 #SkeemSaam pic.twitter.com/jeN1o42PY4

The actor, who played the role of Malome Josias on 'Skeem Saam', died on Tuesday evening.
TshisaLIVE
4 months ago

It was hard to narrow this to just five. 'Skeem Saam' made sure we tuned in every day.
TshisaLIVE
4 months ago

SNAPS | Inside 'Skeem Saam' Pebetsi Matlaila's big day and all her feels!

Pebetsi looked breathtaking as a bride!
TshisaLIVE
6 months ago
Next Article