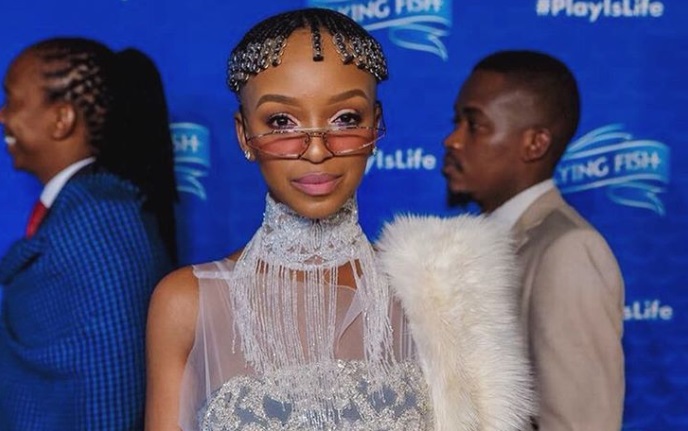 Singer and actress Nandi Madida has proven that she's on a different kind of A-List as she received a young gift from American icon Beyoncé.

Proving that she is the girl she thinks she is, Nandi took to Instagram to share a snap of the gift she received from the singer, also thanking Beyoncé's team for being such an inspiration to her.

“Thank you Beyoncé and the Parkwood team for the beautiful gift, forever grateful and humbled to have been part of such a great project, and working with inspiring people. Ngiyabonga.”

Nandi was one of the South African personalities who had the chance to work closely with the American superstar on the hit musical film and visual album, Black Is King.

In 2019, the songstress was hand-picked by Beyoncé and got the chance to be a lead on the Black pride inspired production that was also directed by Queen Bey herself.

In November last year, the  actress opened up about her relationship with Beyoncé and what being recognised by the global icon meant, and how she changed her world.

Though she signed a hectic non-disclosure agreement, in an interview with MacG on Podcast and Chill with MacG, Nandi revealed that Queen Bey insisted on her joining her production.

“The part that is very surreal to me to this day is how she was adamant about having me be a part of this. She knows me like that!

“Gangster Love had come out and the music thing was keeping me going. It had always been the plan to go global. Someone called my team saying, 'we have a very important production Nandi might be interested in. We can't say the name (of the artist) but trust me, it is one of, if not, the biggest artists of all time,” Nandi expressed.

Nandi Madida was 'honoured' to speak at The Grammy Museum Experience

Nandi is wrapping 2020 up with major moves!
TshisaLIVE
1 year ago

From 'Black Is King' to working with UK band Gorillaz, Moonchild owned the game!
TshisaLIVE
1 year ago