Mzansi is already loving what he's doing with 'eHostela’s' AK 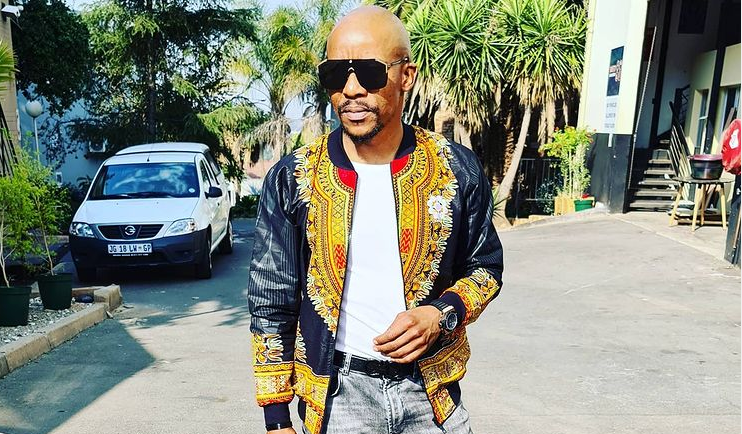 After playing the character of Suffocate for more than a decade on e.tv's Rhythm City, fans were heartbroken to hear that soon their Suffo and the series would be no more. For Mduduzi Mabaso, however, it's a chance to steal Mzansi's heart all over again with a new character.

In an interview with TshisaLIVE, Mduduzi explained his journey of becoming Suffo and now letting go of the character to embrace new ones.

“Wow, first I'll say I always let go of Suffo. I leave the character at work every time I'm done working. But, it always stays with you, make no mistake about it. Suffocate might be dead now because Rhythm City is dead but then that character will always stay with me,” he said.

Mduduzi said it has been his greatest pleasure to breathe life into Suffocate and to grow with him from a street thug, to a well-established and respected businessman. He said Suffocate had taught him more lessons about life than he could properly articulate, including that people with great success never get there solo.

The actor said while letting go was always a bittersweet experience, he was ready to embrace another character and at the moment eHostela's AK was exactly the one he wanted.

“I think people have been waiting for a long time to see me outside the character that they've known me as for so long, which obviously is Suffocate.”

Asked if he believes AK will be the character to “erase” Suffocate from his fans' minds, Mduduzi said he's not looking to erase Suffocate, but to allow his fans to see AK without Suffo's shadow through being authentic to the character.

Mduduzi revealed that AK originally only had two calls, but the approach he brought to him convinced the directors that there's room for growth for the character. He adds that the reception by fans also testified that AK is definitely one for the books.

“I think I like the character ... For me, he's something that I've never seen eKasi or come across anywhere. I never thought I would play such a character and he's quite unique. However, people relate to him. He's quiet and even when he's angry, he's quiet. He's very, very dangerous ...”

Listen to the full podcast here:

Outside of embodying TV and film characters for entertainment, Mduduzi prides himself on being a family man.

The actor has often taken to social media to gush about his love for his wife and his family as a whole.

Over the previous festive season, Mduduzi explained how his wife's cooking made him love Christmas more than ever.

The actor told TshisaLIVE that his wife, Fatima, has some mad skills in the kitchen and prepares a buffet feast fit for royalty on Christmas day.

“I married a cook, so everything that you can think of — from cakes to dessert to whatever comes to mind, my wife can prepare it.”

Education is the key to lasting success, not fame, says Mduduzi Mabaso.
TshisaLIVE
3 years ago

Mans got a new role but the good news is he won't be leaving Rhythm City.
TshisaLIVE
3 years ago