Lesego Thlabi on why men rape: 'They know the system is broken & they’ll get away with it' 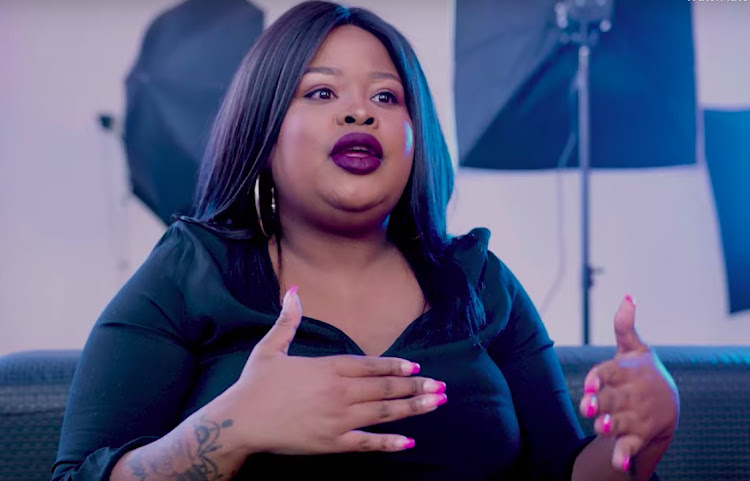 Following the vigorous debates on the TL over the past couple of days about gender-based violence (GBV) and the different ways it manifests itself, comedian Lesego 'Coconut Kelz' Tlhabi has weighed in on why she believes men engage in GBV.

The satirist, who is popular for her satirical humour on the internet, put jokes aside to comment on the serious societal issue that has been labelled the “second pandemic” in Mzansi.

Lesego said after she read the different opinions shared on the social media platform about things like rape, stealthing and drugging women to sleep with them, she's convinced that men are not ignorant but rather just “don't care”.

“So what I learnt today is that men aren’t ignorant. It’s not because they don’t know or aren’t sure what constitutes rape or not ... it’s because they genuinely don’t care.”

The comedian added that she believed men know that the system is broken and take advantage of that.

“They know the system is broken and they’ll get away with it. And they’ll all come together in defence,” she said.

So what I learned today is that men aren’t ignorant. It’s not because they don’t know or aren’t sure what constitutes rape or not... it’s because they genuinely don’t care. They know the system is broken and they’ll get away with it. And they’ll all come together in defence

Several tweeps shared her sentiments in the comments section, even though there were others — mostly men — who were hurt by the generalisation in her tweet.

The word All is very worrying though. So obviously it includes so and so.....

Can some tweets or statement start with "Some MEN"... I don't even know her, but I'm implicated in that tweet. She's also addressing her father, uncle, brother and grandfather.... What some men do out there is horrific and needs serious intervention and CONDEMNATION... NOT US ALL

However, Lesego and most of her followers weren't having it!

They’re knowingly taking advantage of a broken system. Kubi. The monied ones have the added benefit of being able to pay their way out. We’re screwed. https://t.co/38SWX7mSBT pic.twitter.com/EqZFKi0aXM

Lesego "Coconut Kelz"  Tlhabi might have a point about this!
TshisaLIVE
1 year ago

'My most used phrase is my sincerest condolences': Lesego Tlhabi's 2021 so far

Lesego Tlhabi shares how hearing about the passing of someone every day this year has left her "paralysed with fear".
Lifestyle
1 year ago

Sis basically said ... It's your hair mntase, do you!
TshisaLIVE
1 year ago

Lesego Tlhabi opens up about losing roles because of her weight

"I lost out on a big role last year because even though I was perfect in character, they 'didn’t imagine her as fat'. That’s what fatphobia & being ...
TshisaLIVE
1 year ago