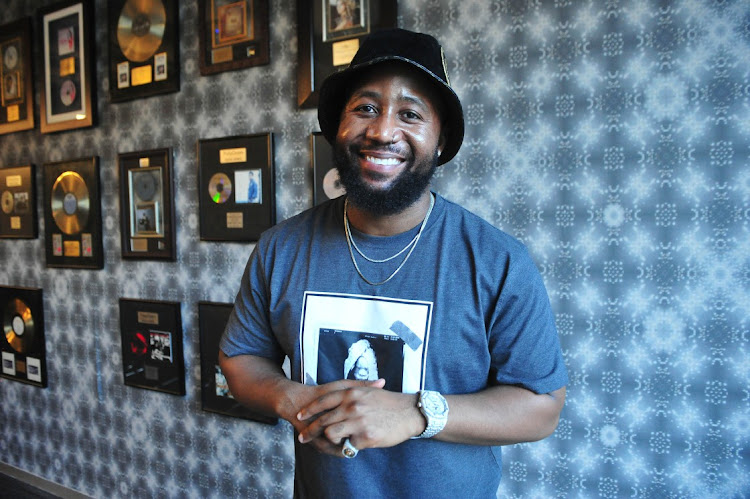 Cassper Nyovest never got over how the SA Music Awards snubbed one of his biggest hits, 'Doc Shebeleza'.
Image: Veli Nhlapo

UPDATE: This article has been updated with the response from the SA Music Awards organisers in response to Cassper's claims.

More than five years later, rapper Cassper Nyovest is still heavily touched by the 2015 snub his hit song suffered at the hands of the SA Music Awards, and launched another attack on the awards ceremony organisers, spitting nothing but fire their way.

Cassper has a very public feud with the Samas and stopped submitting his music for consideration at the awards after his hit track Doc Shebeleza was not nominated for Song of the Year in 2015.

Probably touched by the conversations on the TL about the Samas as they remind artists to submit their projects for consideration, Cassper felt compelled to make it known, again, that he's managed to be a success without a Sama.

“Made it this far without a Sama. Who else?” he tweeted.

Made it this far without a SAMA. Who else?

The rapper, who has had many Twitter rants dedicated to his criticism of the popular awards, took to the TL once more to remind his followers about the alleged irrelevance of the awards.

He alleged that corruption in the institution was the reason behind their irrelevance.

“Do people even remember who won the Samas last year? That used to be the biggest and most important awards for artist.”

“Now it doesn't mean anything. You know why? Corruption,. They thought they were bigger than the artists. They disconnected from the culture. It's all rigged. Dead!

The Tito Mboweni hitmaker insinuated there was “cheating”, “tribalism” and “corruption” within the Samas' organisation and governance.

“Everything that is not fair will eventually collapse. Cheating doesn't work. Corruption kills government and governance. It'll all crash in the end. Be fair, give what is due and things will fall in place. If not, things will fall apart.”

Do people even remember who won the SAMAs last year? That used to be the biggest and most important award for artist. Now it doesnt mean anything. You know why ? Corruption, they thought they were bigger than the artists. They disconnected from the culture. It's all rigged. Dead!

Everything that is not fair will eventually collapse. Cheating doesnt work. Corruption kills government and governance. It'll all crash inda end. Be fair , give what is due and things will fall in place. If not, things will fall apart.

Tribalism ruins everything. I learnt that first hand. https://t.co/pbFYpI4FQe

SAMAs need a mouth to mouth. They need CPR. I would love to help them come to live again one day I'd love to do the production for the SAMAs. That's gonna be legendary. For now, lemme TOOL.

Samas responded to rapper Cassper Nyovest's claims that “corruption” within the institution has watered-down their relevance and negatively affected their credibility with artists in the country.

In a statement sent to TshisaLIVE, Samas spokesperson Lesley Mofokeng poured water on the rapper's claims.

“Our judging systems have proven to be resilient and with integrity. Our judges are independent and their identity is kept anonymous until the end of the awards,” Lesley said.

Speaking on the relevance of the social calendar event and its significance to the SA music industry, Lesley said that contrary to Cassper's beliefs, the Samas had seen a “consistent and sustained rise in entries”.

"We urge whoever has evidence of corruption in the SAMAs to come forward and present it. We will act on it," Lesley said.
TshisaLIVE
1 year ago

The Samas also announced earlier this month that they have spruced up a few categories as the call for entries — which close on January 31 — gathers momentum.

The Best Kwaito/Amapiano/Gqom Album category has been discontinued and in its place are new categories:

The changes come after Mzansi reacted negatively to the genres being bundled up back in 2017 , and fans lashing out in 2018, 2019 and 2020 that the Samas were contributing to the “death of kwaito”.

In a statement provided to TshisaLIVE, Recording Industry of SA CEO Nhlanhla Sibisi explained the logic behind the recent change.

“This move is a reflection of the changing local music landscape as seen in the rise in popularity of these three genres. The consistent number of entries and the competitiveness of the music justified the unbundling of the old Best Kwaito/Amapiano/Gqom Album category.

“The Samas remain relevant and responsive to the trends in the music industry. We look forward to a great run in the new categories. I also wish to encourage our musicians to submit entries for Sama consideration before the deadline of midnight on January 31 2021.”

It's been half a decade now, and Cassper is still convinced that the Samas ain't s***.
TshisaLIVE
1 year ago

... And Mzansi agrees: It’s not too late!
TshisaLIVE
1 year ago

Namanje! Cassper Nyovest: I'd rather take a cheque over a Sama

Four years on and Cassper still ain't willing to give the Samas a second look.
TshisaLIVE
3 years ago

Rapper says the Samas are 'dead'
TshisaLIVE
3 years ago