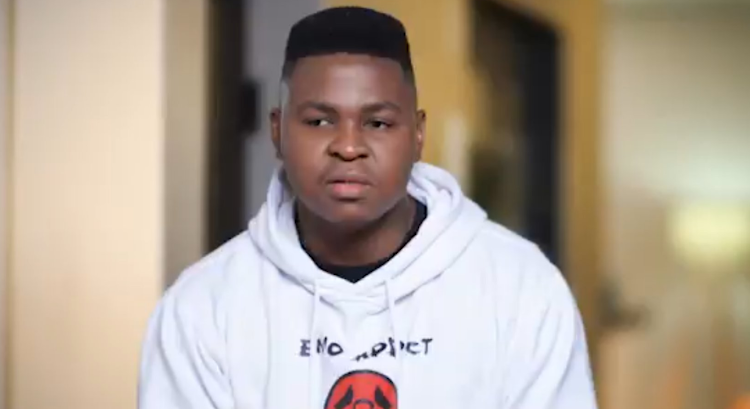 Instead of his national search for love Date My Family bachelor, Tshepiso, trended for his impersonation of The Queen's now-dead character Jerry Maake and even earned himself the nickname “Baby Jerry Maake”.

Tshepiso came on to the dating reality show looking for a partner in love and life. The young man instantly gained love on the social media streets but it was his Jerry Maake impersonation that sealed the deal for Mzansi.

Tshepiso totally nailed the act, from the pace of speech to the deep Setswana and rigid movement Jerry Maake (who was played by Shona Ferguson on the Mzansi Magic telenovela) was famous for. Tweeps were sure that he could play the role in the telenovela and many tagged the Fergusons telling them to look Tshepiso's way should they need a Jerry-like character in the future.

Meanwhile, unlike the many unsuccessful pairings the show produces, Tshepiso also managed to get himself a lovely lady, who he felt he was quite compatible with. Tweeps also love the pairing between Tshepiso and Latoya, in fact the pair hit it off.

Here are some of the top reactions from last night's episode:

#DateMyFamily
Hit the like button if you think He could easily replace Jerry maake pic.twitter.com/XPnNwyWzuk

#DateMyFamily #DMFMzansi he well with the jerry maake impersonation Hope the fergusons were watching pic.twitter.com/aeib64sJO6

Cassper, is that you? 'Date My Family' contestants have the internet shooketh

IN MEMES | Can someone put DMF’s ‘delusional’ Tidimalo straight

Can we make today a holiday and call it Mbali Appreciation Day?
TshisaLIVE
2 years ago