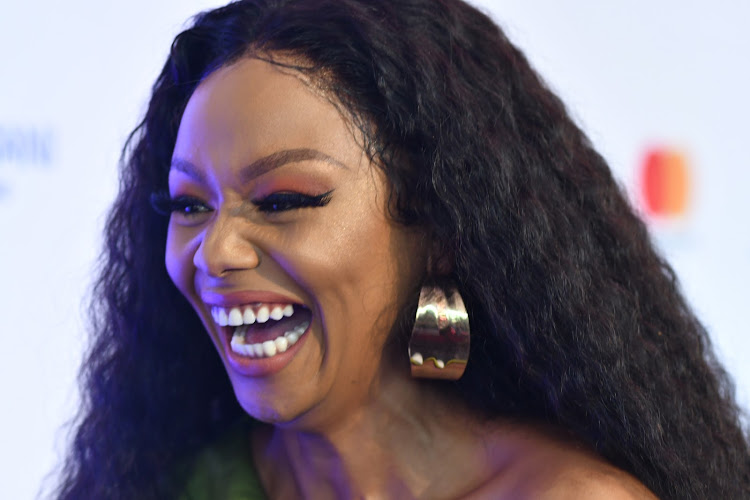 Bonang shut down the rumour mill before it caught on fire with "news" that she and Sizwe Dhlomo are a thing.
Image: Darren Stewart/Gallo Images

Media personality Bonang Matheba made sure to let the TL know that if she's trying to get with someone, she wouldn't publicise it, especially not on Twitter.

In recent years, Bonang has been quiet about her dating life and has often had to clap back at rumours. This week, the star laughed off fans saying she has revealed a 'truth' about her love life.

It all began when Bonang tweeted Kaya FM host Sizwe Dhlomo with a bunch of eye emojis.

Though the cause of this tweet isn't apparent, that didn't stop the internet from making their own assumptions and sparking conversation.

A tweep replied to the tweet, claiming that Bonang was trying to get Sizwe's attention so they could slide in the DMs. However, the House of BNG CEO let her followers know that if she were trying to get anyone, she wouldn't announce it to the world.

“Lol! I just text if I'm trying to hit. I wouldn't involve y'all” tweeted Bonang

The media personality often doesn't entertain dating rumours but every now and then she takes to social media to lay them to rest.

Last year the internet was trying to figure out of if Bonang was dating one of the Major League twins after they saw the twins at the BNG Nectar party.

B* laughed off the rumour saying that it was just another day in the life of a social media queen.

“They’re tryna figure out who I’m dating, as usual ... Nothing serious. Happy Thursday!!! Being Bonang tomorrow,” she tweeted at the time.

Even celebs need a social media cleanse or two!
TshisaLIVE
1 year ago

Who else feels like they missed their chance to be millionaires last night?'
TshisaLIVE
1 year ago