Meanwhile, his fans insist the outrage stems from jealousy of people who want to censor the podcaster and DJ ... 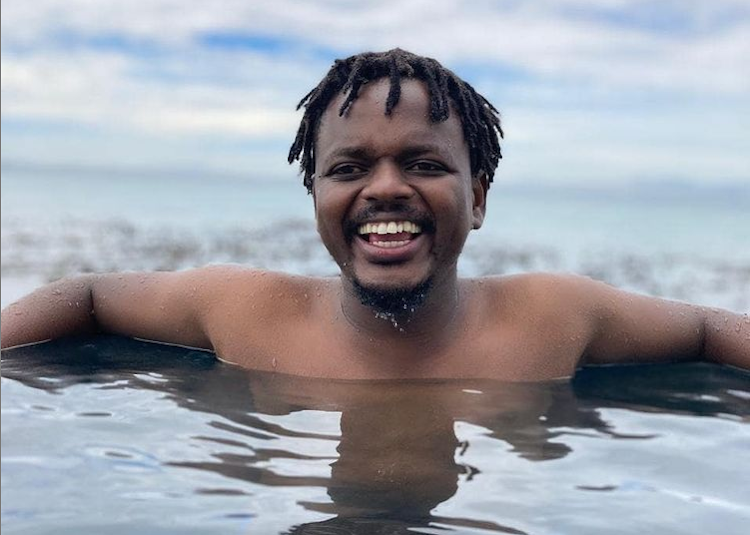 Podcast and Chill host DJ MacG continues to be at the centre of heated social media debate as more Mzansi celebrities weigh in on the “transphobic slurs” made on his YouTube show.

Following the outrage their conversation sparked, MacG and his co-host were lambasted  and have since lost one of their podcast sponsors, Old Mutual, as a result.

In a statement shared on Twitter, Old Mutual said it was aware of the discussion on MacG's podcast and as a responsible business that fully respects the rights of everyone, it had decided to terminate its relationship with the former radio host with immediate effect.

“We distance ourselves from the harmful comments against the LGBTQI+ community and humanity at large.”

The company said MacG's commentary was both “ignorant and insensitive”.

Meanwhile, some of his fans insist that the outrage stems from jealous people who want to censor MacG.

However, there weren't many people who agreed with or supported the DJ, as the consequences of his comments haunted him live on the TL.

Twitter dragged the good sis hard for the RTs and she's since deleted them.

Is there any specific reason you're liking and Retweeting tweets defending MacG's transphobic and homophobic content?

As someone who should be aware that she has a large queer audience and followers, I'd just like to know where you stand on this topic? pic.twitter.com/txzmQoP6Sk

Others, such as Jackie Phamotse, disagreed with “Black Twitter's” aim to “hurt him where it hurts”, through “making” him lose sponsors by tagging them on social media.

Dear @OldMutualSA you are not fixing the problem here. MacG should be educated , not thrown under the bus. You have the power to bring in experts and help others who need equal education. The podcast holds certain standards and their content is open ended. Find better ways

Most of Mzansi's famous faces were not having any of MacG's “transphobia” and they made sure to call him out.

People such as actress Linda Mtoba, TV presenter Lumko Johnson, singer Toya Delazy, DJ Olwee and Simphiwe Dana were among many celebs who shared their opinions on the heated TL discussion.

“Homophobia is not for heterosexuals to deem as it is or isn’t. There’s no joke or misunderstanding when ppl lives are at risk, everyday. Learn to shut the f**k up sometimes,” Linda said.

“They’ve been calling us these terms in their circles, over hubbly and chats. Why aren’t they educating each other in those conversations? They can correct one another over soccer stats but they can’t tell their mate to stop using certain terms? Suddenly it needs a tutorial? FOH,” Lumko added.

Here are the rest of the tweets:

When children aren’t taught about racism, homophobia, transphobia, sexism or other oppressed minority groups, they grow up thinking poking fun at these communities is harmless Fun. For those of us that have experienced the cruelty of the ignorance - it's never FUNNY.

Your freedom stops where mine begins.

Your jokes are a matter of life or death for me and those like me.

It's as simple as that

They’ve been calling us these terms in their circles, over hubbly and chats. Why aren’t they educating each other in those conversations? They can correct one another over soccer stats but they can’t tell their mate to stop using certain terms? Suddenly it needs a tutorial? FOH

There’s no joke or misunderstanding when ppl lives are at risk, everyday.
Learn to shut the f!ck up sometimes.

And there’s others here saying MacG only giggled. He listed names of people who are attracted to trans women in a tone that is meant to shame them. It’s also his podcast. It goes through an edit suite. That’s your chance to refine and minimize or eliminate harm to others.

A MacG or a Solphenduka don’t have to think what they’ll be called in the streets. They have peace when they walk in a mall. Generally, men have peace. They can’t identify and thus, will never empathise.

Also how you carry yourself when you’ve been found lacking, goes a long way in endearing yourself to the same community you have harmed

To be more specific, dear cis-gender/ cis-het people. And further more, I am happy to talk and share thoughts as long as we keep the language in the spirit of LOVE🖤

The star says she has been aware of colourism since childhood.
TshisaLIVE
1 year ago

“The part that is very surreal to me to this day is how she was adamant about having me be a part of this. She knows me like that,” said Nandi.
TshisaLIVE
1 year ago