Kaylow on his spirituality being his 'sane place' & his upcoming tracks

“So, I believe that the angels that take care of me or guide me wouldn't do that if they didn't know me.” 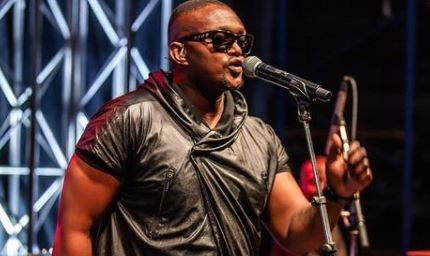 Kaylow talks about the inspiration behind his two singles ahead of Valentine's Day.
Image: Kaylow/ Instagram

With Valentine's Day just around the corner, singer songwriter Kaylow has opened up about the inspiration behind his two new singles and why he taps into his spirituality to find inner peace.

In an interview with TshisaLIVE, Kaylow explained the reason he sings about love instead of money or h**s, was because that was the only thing he felt was missing.

“I got a lot of love growing up — and I have a lot of love for humanity. I like to think of myself as a compassionate person. Hence my two songs, 24 Hours and Intombi are all about love. They are both inspired by my dream woman — most of my songs talk about a perfect love.”

Describing his religion as “Godly”, Kaylow explained how he doesn't follow any type of denomination as he believes in a higher power which comprises ancestors as well.

“In terms of my spirituality, I look at the way nature is, there's always a system — that's a blueprint. I personally believe God has his own system that runs while some of us get confused or tend to compare ancestors to angels which are all one thing.”

Kaylow explained that even though many people don't understand how ancestors come into play when it comes to a person's life, he believes that his ancestors are there to help guide and take care of him as he journeys through life.

“So I believe that the angels that take care of me or guide me wouldn't do that if they didn't know me. They know me because I am of them, so I'm from their bloodline. I think it would be crazy to not acknowledge that there are people that came before you who are ordained to look after me.

“However, we don't choose our ancestors, they chose us — because there are a lot of people in a family. For example, if your mother dies, she might not choose you, she might choose someone of great assistance to you who is in your family. This doesn't mean she doesn't love you, that person will just be your guardian angel.”

Kaylow believes that he's destined to spread a message through his music.

"The artist is not free unless the fan is free. When people don't work they don't have enough money to consume art"
TshisaLIVE
1 year ago

Some of your faves were hauled over the coals.
TshisaLIVE
1 year ago

Shimza says your work ethic will save you from the pandemic

"This is no time to sit and wait!" tweeted Shimza
TshisaLIVE
1 year ago