“People can only meet you as far and as deeply as they have met themselves.” 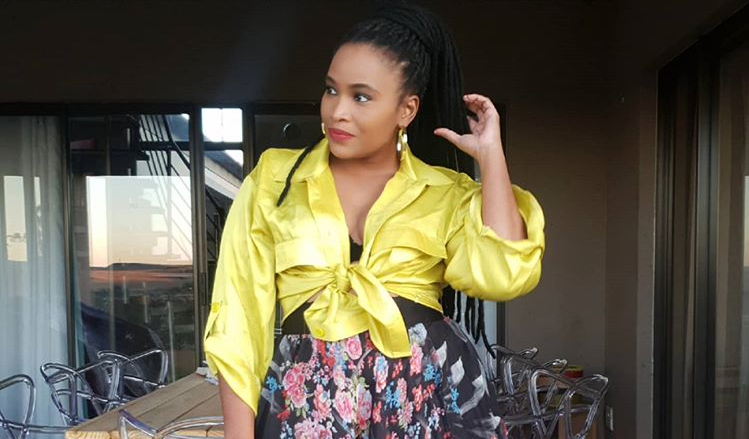 Having true and honest conversations with yourself is not something many like to do but for actress Ayanda Borotho, finding real contentment with self is an exercise she plans to implement in the new year.

While she's still on a journey of “Unbecoming to Become” just like the title of her book, Ayanda took to Instagram and revealed that contentment with self runs deep which can even translate to interactions with people around you.

Ayanda explained that if one is stuck in darkness, people around them will meet them in such a dark and low place.

However, if one is in the light, people will be able to see the light in them that shines bright making them meet the best version of you.

“Here's the thing ... people can only meet you as far and as deeply as they have met themselves. If I'm stuck in darkness, I'll meet you with darkness. If I'm in light, I'll meet you in your light. How I choose to receive you depends a lot on where I am.

“I can't be to you what I'm not to self ... just like you can't be to me what you aren't already to yourself ..." Ayanda wrote in a caption of an adorable natural looking snap of herself.

Since the release of her best-seller book, the author and actress has been at the forefront of much needed conversations around liberating oppressed women.

In commemoration of Women's Day, Ayanda told TshisaLIVE what ignited her fire to speak out and have those often ignored conversations.

“It really was just me speaking my truth about what I saw in society but I also didn’t think women were ready to have these type of conversations which is why I didn’t think it would catch as much fire as it did.”

Though she’s grateful for the movement her book and vlogs have sparked, she confessed it wasn’t her end goal when she began her journey.

“I didn’t do it because I deliberately set out to challenge the status quo. I did it because I was just living my truth and honestly questioning from a place of authenticity and saying, ‘But is this really how life is supposed to be for women?’ I think it was that honesty and that truth, and the raw authenticity, that helped the message resonate.”

"Isibaya as a world is a toxic masculine world. We can’t deny that, but the trends globally are changing, where women are taking the centre stage and ...
TshisaLIVE
1 year ago

Ayanda Borotho: 'We are all in need of some soul healing after such a hectic and traumatic year'

Ayanda Borotho is doing some soul healing through her book, "Unbecoming To Become".
TshisaLIVE
1 year ago

“I guess this is my disclaimer . Call me anything you want under the sun. If you’re not wearing a mask, don’t expect anything from me,” she said.
TshisaLIVE
1 year ago