Cassper 'needed' AKA boxing match to 'motivate' him at the gym 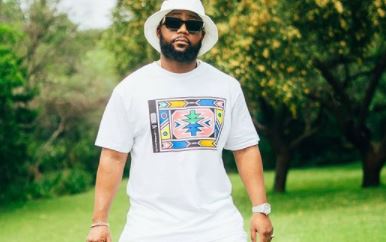 As Cassper Nyovest and AKA's much awaited ring fight hangs in the balance, the Tito Mboweni hitmaker has disclosed that the delay has left him demotivated to hit the gym.

The hip hop star shared these sentiments in a conversation with a tweep who gave props to people who stuck to their exercising routine in the new year.

Cassper explained that he needed the boxing match to happen to give him the necessary push he requires mentally.

He even suggested that if he and AKA don't get to fight, he plans on “calling out someone else” to hit the ring with.

Starting to pick up the pace now. My heavy ass was seeing flames today. My arms hurt AF. The boring thing is dat I don't even have a goal or anything to train for. I needed that fight to happen, mentally. Needed something to push me. I am really think of calling out someone else. https://t.co/nU30eGl1vR

As Cass wraps his head around the idea that the boxing match with AKA may never happen, he added that he was going to “moer that broer”, describing his frustrations around the delayed fight.

At the beginning of last month, after several months of ranting that his nemesis AKA hadn't signed on the dotted line of their boxing match contract, Cassper hinted that the fight plans were finally in motion.

The rapper alluded to this in a tweet which saw many social media users jumping for joy that they would finally get to see their faves fight it out in the ring.

Cassper's stans immediately took to his mentions to rally behind him, telling the rapper to give Supa Mega a “good beating”.

Though Mufasa seemed pretty certain that AKA didn't want to meet him in the ring, he revealed that the boxing match contract AKA was supposed to have signed by now was going to “go back into the drawer it's been chilling nicely in for months now”.

Cassper's comments came after a fan of the Supa Mega shared a snap of the rapper “about to sign” on the dotted line.

While he knew the truth, Mufasa laughed off the claims that AKA was about to sign the contract, saying, “That guy doesn't want to fight. I'll believe it when the signed contract is handed in. For now, ima gonna go play Fifa with Carpo and speak gugugaga with my beautiful son.”

However, now it appears that AKA has actually signed the contract, tweeps have advised Cassper to “take out his anger” on his nemesis for all those times he bullied him.

Will it happen or won't it? We will have to wait and see.

Tweeps slam Cassper for 'gloating' about being a successful school dropout!

"They told me I should go to school cause I wouldn't make it," Cassper said.
TshisaLIVE
1 year ago

Times are tough, even for Mufasa!
TshisaLIVE
1 year ago

"We urge whoever has evidence of corruption in the SAMAs to come forward and present it. We will act on it," Lesley said.
TshisaLIVE
1 year ago

"2019 just called and said they need their tweet back,” said AKA.
TshisaLIVE
1 year ago