'I learnt a great deal from that man' 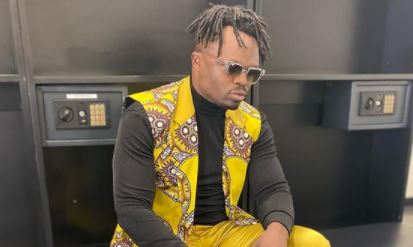 Since joining the amapiano wave with Kabza de Small & Maphorisa, Afro-pop singer Tresor Riziki has revealed that his song Stimela on his 14-track album was hugely influenced by the late great Bra Hugh Masekela.

In an exclusive interview with TshisaLIVE, Tresor explained the jazz icon was more than just an inspiration to him but a dear friend to whom he was very close.

“Stimela is a beautiful storyteller-type of song which was inspired mainly by Bra Hugh. I was very close to him. He'd always tell me stories about mineworkers going back home only to find their families scattered, maybe their wives married to someone else.

“It's a beautiful, sad love story. This song is not a remake of the original version, it's a whole new song that's inspired by mineworkers and their love story. Me and Bra Hugh used to spend a lot of time together, he was my friend.”

When asked what he missed about Bra Hugh, Tresor said he missed the icon's youthfulness and his humbleness.

“I miss how he was a down-to-earth human being who loved everybody. It didn't matter how young or important you were in society for him to show you love, respect and appreciation.”

Tresor and Maphorisa have known each other for five to six years but only got to work together last year!
TshisaLIVE
1 year ago

The musician revealed last week that he had joined forces with hitmakers DJ Maphorisa and Kabza de Small to create an amapiano-inspired 14-track album titled Rumble in the Jungle.

Tresor detailed what it felt like to step out of his comfort zone and spread his wings in a different genre.

“Our partnership started during the lockdown. Around last year March we were working on a brand campaign, Maphorisa and I, and for the first time I sang on an amapiano song. Maphorisa heard it and he was like, 'Whoa, bro! I think we need to work on a project together.'

“And it just happened I was very busy at the time with a bunch of things to do, but later we got together and we started working on one song that I recorded in my house. I would send them ideas and now we have a full album.”

The Funu hitmaker said even though he has known Maphorisa for years and they've always wanted to work on a song together, time was never on their side until the constraints of the pandemic.

“I've known Maphorisa for many years. When we were headlining a concert together in Zambia two years ago and while we were travelling to another location, Maphorisa started playing me some amapiano songs and that's when he introduced me to a lot of rhythms of the genre.

“We've known each other for like five or six years, and this is the first time we're actually working together - and we're doing a full album.”

OBITUARY | ‘Son of Africa, we walk with you on your last walk. We salute you!’