Chrissy Teigen: ‘My little Jack would have been born this week, so I'm a bit off' 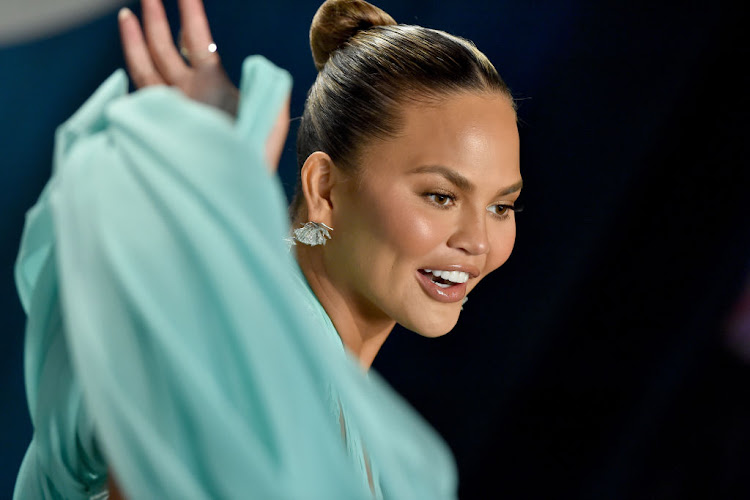 Chrissy Teigen reflects on the pain of losing her son.
Image: Axelle/Bauer-Griffin/FilmMagic via Getty Images

Since losing her unborn son Jack four months ago, American model Chrissy Teigen has revealed that her little boy would've been born this week.

Chrissy and husband John Legend lost their unborn son after Chrissy was hospitalised due to pregnancy complications in October last year.

On October 1, Chrissy took to Instagram and shared that she and John lost Jack after doctors diagnosed her with partial placental abruption.

She also revealed that she would have had to have an induced birth to deliver their baby prematurely at 20 weeks.

While still dealing with the trauma of losing her little baby boy, Chrissy took to Twitter and disclosed she was feeling “a bit off” this week as Jack would've been born.

“I truly feel kicks in my belly, but it's not phantom. I have surgery for endometriosis tomorrow but the period feeling this month is exactly like baby kicks,” she wrote in her emotional thread.

my little jack would have been born this week so I'm a bit off. I truly feel kicks in my belly, but it's not phantom. I have surgery for endometriosis tomorrow...but the period feeling this month is exactly like baby kicks. sigh.

Chrissy then shared a video of her belly that seemingly looks like a baby was kicking, saying, “Look at this, I’ll pretend it’s him saying hi - it never stops.”

look at this 😩 I’ll pretend it’s him saying hi - it never stops. pic.twitter.com/5FKSE3g8cG

As she's trying to make sense of her loss, the American model then opened up a conversation with women who have experienced endometriosis surgery, asking them what the recovery-difficulty level was.

In October, a few weeks after losing her son, Chrissy wrote about her heartbreaking experience of what happened that day in an essay published on Medium.

US model Chrissy Teigen has announced her decision to step back from her social media account as she's in a "grief depression hole".
Lifestyle
1 year ago

Barely a month after the tragic loss of her unborn son Jack, Chrissy Teigen has shared the sweet and touching ways she and her friends honoured his ...
Lifestyle
1 year ago

Chrissy Teigen recounts the moments in hospital when she lost her son.
TshisaLIVE
1 year ago