Mihlali Ndamase threatened with a gun over ‘uncomfortable stare’ 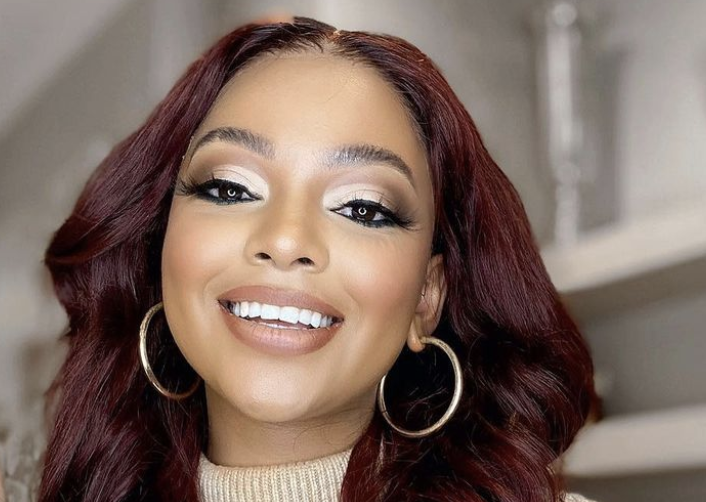 Mihlali N told fans she was shaken by the incident.
Image: Instagram/Mihlali Ndamase

Media personality Mihlali Ndamase was left vexed after allegedly being threatened by a man with a gun for questioning him about his "uncomfortable" stare.

Taking to Twitter, Mihlali said while she was in line to purchase items at a petrol station, a man allegedly threatened to shoot the star for asking him "What's up?"

“How do you walk up to me in a store aisle, stand and stare and then get upset when asked what’s up. I was so scared because he had his hand in his pants so he actually could’ve done it,” tweeted Mihlali.

The YouTube sensation said she was petrified the man could have escalated the interaction.

“Imagine threatening to kill someone at a garage in broad daylight? I’m still low-key shaken. The whole time I was standing there thinking he’d actually get away with it,” she wrote.

She said the incident feeds into a larger conversation about male entitlement.

“Also what we not gonna do is discuss indlela endibuze ngayo, men are so entitled. Nothing makes threatening someone okay. Don’t annoy me please, already ndinaar,” Mihlali said.

Check out the tweets:

A guy just threatened to shoot me at a garage coz I asked what he’s looking at. How do you walk up to me in a store aisle, stand & stare then get upset when asked what’s up. I was so scared, coz he had his hand in his pants so he actually could’ve done it.

Imagine threatening to kill someone at a garage in broad daylight. I’m still low-key shaken, the whole time I was standing there thinking he’d actually get away with it 💔

Cherry on top, nobody said anything 💀

This man was screaming at me swearing guys, swearing like I did something to him coz I asked what he’s looking at. Even the petrol attendants outside asked him what’s wrong when he walked out. Hayi I can’t believe it

Also what we not gonna do is discuss indlela endibuze ngayo, men are so entitled. Nothing makes threatening someone okay.

Fans were worried about the make-up guru and sent their love and light. The incident also prompting conversations around the safety of women in SA.

So glad you’re ok Mimi. That was probably traumatic. 😞❤️

Every time issues like these come up, i lose hope and faith in men. It's not just the perp either, Look at the comments and tell me if men actually like and respect women.
Here they are showing their asses. No sympathy or outrage, they are here defending the monster.

Being a woman in SA is an extreme sport honestly... https://t.co/zdURCuT2vo

Imagine being attracted to someone and the first thing you ever say to them is "I'll shoot you!“ pic.twitter.com/XZs4zmAAmV

So funny how some Men are out here saying she should’ve kept quiet and left. These are the same guys that keep quiet when their friends harass women......I walk away!!!!!!!!!

I was walking with an umbrella two days ago when this guy approached me and walked towards me and when I refused to speak to him he pulled my umbrella towards him. Can you imagine the liver that men have 💔😳

Mihlali has hit back at men who feel entitled to her time and energy. The star caught heat on the TL when speaking out against men who dictate to women how to feel about gender-based violence. The star slammed "pressed" men who weren't on board for the conversation.

“Them seeing women unsubscribe from the patriarchy they constructed makes them itch. Let them be pressed, we won't be told what to do by them. Imagine listening to irrational thinkers. People who are so entitled to women, they rape and kill them every single day.” she said.

Maphorisa shared an adorable father and daughter moment and the net is here for it.
TshisaLIVE
8 months ago

Twitter couldn't stop with the remixes!
TshisaLIVE
8 months ago