“Filming has almost wrapped and she is not appearing on the series.” 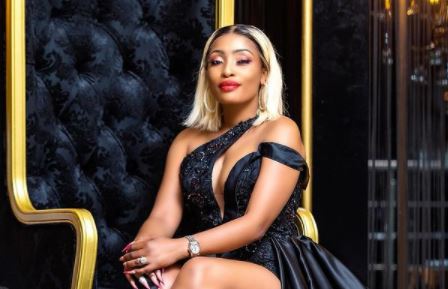 Reports that the Real Housewives of Durban is about to welcome DJ Tira's wife Gugu Khathi to its lavish cast are untrue.

This is according to head of content at Showmax Candice Fangueiro who told TshisaLIVE exclusively that DJ Tira's wife won't be making any appearance on the show as filming has almost reached completion.

Candice explained that while fans of Gugu might be getting excited to see her on the show, they can confirm that the news currently circulating are untrue.

“We can confirm that the news currently circulating are not true as filming has almost wrapped up and she is not appearing on the series.”

With the show now in its second week of viewing since it's debut on Showmax on Friday January 29, Candice added that fans were loving the series with the new dynamic cast.

“The Real Housewives of Durban broke all previous first-day viewing records on Showmax, claiming top spot on the streaming service, and remains the most popular show in SA today.”

The news that Gugu would be joining the RHOD cast were reported by Daily Sun who claimed that insiders told them that the businesswoman would “be bringing something different to the upcoming episodes in the show’s debut season”.

The publication reported that Gugu was “handpicked” by the director who believed she had a story to tell.

When reached for comment by TshisaLIVE, Gugu stated that the information reported by the said publication were "incorrect" and "misinformed".

DJ Tira has come under fire on social media after he posted a video of himself jamming to Mampintsha's new track.
TshisaLIVE
3 years ago