“So, Nathi Mthethwa sees nothing wrong with what’s happening to artists and the entertainment industry at large?” 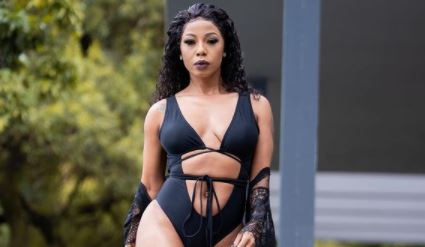 Singer and reality TV star Kelly Khumalo has accused sport, arts and culture minister Nathi Mthethwa of not showing enough interest in the needs of artists.

The singer took to Twitter and bashed the minister, stating that from her observation, Nathi doesn't see anything wrong with what's happening to artists and the entertainment industry.

While she posted her views as a rhetorical question, Kelly then answered herself, saying that even though artists are suffering, she forgot that the minister “doesn't care” about the livelihood of performers.

So @NathiMthethwaSA sees nothing wrong with what’s happening to artists and the entertainment industry at large? Oh I forgot he doesn’t care.....🐆 good morning everyone ❤️

Kelly joins a list of artists who have called out the minister for not taking care of performers in the entertainment industry during the pandemic and lockdown restrictions.

Last year, veteran actress Rami Chuene used her social media platforms to share her disappointment with the ministry of sport, arts and culture for not doing more to protect artists.

Rapper AKA joined the list and found himself speaking out against the government, even accusing them of having neglected artists. He also heavily criticised the minister's solutions for artists.

This is when Mthethwa announced a second wave of relief funds for artists and employees in the arts industry, explaining that creatives can apply to potentially get R2,200 a month  to mitigate the effects of the pandemic and lockdown.

AKA weighed in, asking what he would do with this amount.

“Why the f**k has it been designated to artists who spend that amount of money per week on ganja, and not given to people who actually need it? It’s all a** backwards.”

Singer Simphiwe Dana, who expressed last year that she was feeling the financial strain caused by the national lockdown, revealed that she resorted to reaching out to the minister when her applications for the relief fund were allegedly “blue-ticked”.

The songstress took to Twitter to share her grievances, saying she was yet to receive a response to her application, 70 days later.

“It’s now been over 70 days since lockdown, I haven’t got a response to my Covid-19 proposal. Could you update us on what the holdup now is?” she asked.

Not only did many artists call the minister out on social media, but earlier this year poet Lebo Mashile and various other performers created an online petition called #NathiMustGO clamouring for Nathi's removal.

According to an artist who is in charge of the petition, Gregory Maqoma, who spoke to TshisaLIVE, the petition had been drawn up due to the minister's failure to help adequately fund artists during the hardships of the pandemic.

Gregory also revealed how he and other artists begged to differ with a tweet the minister shared on January 15, which stated that “South African theatre is alive and well with performing arts institutions of the department such as @ArtscapeTheatre, @MarketTheatre, @PACOFS3, @DurbanPlayhouse, @statetheatre and @WindybrowTheatr (sic) offering an array of indigenous drama and dance etc”.

WATCH | Kelly Khumalo to her future husband on having babies: ‘I am not ruining myself again’

Dear Kelly's future hubby: you should definitely watch this!
TshisaLIVE
1 year ago

Zodwa Wabantu is making waves with her poultry products!

Even stars like Dineo Ranaka and Ntando Duma are queueing up for Zodwa's chicken products!
TshisaLIVE
1 year ago

"I feel like I need to ask you guys to call on the Lord because no scientist is going to create a miracle at this point. We need God Himself.”
TshisaLIVE
1 year ago