'As we've said before these are false allegations and we are saddened that GBV, a serious crisis in SA, was weaponised in this manner' 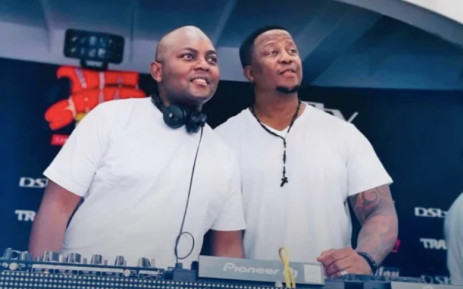 DJs Euphonik and Fresh claim a rape case against them has been dismissed by prosecutors.
Image: Screenshot via YouTube

DJ duo Thato “DJ Fresh” Sikwane and Themba “DJ Euphonik” Nkosi on Monday claimed that the rape case against them had been “dismissed” by the National Prosecuting Authority but this could not be immediately independently verified.

Rape allegations against the duo came to light early last month after a woman took to Twitter to make the accusations.

On Monday, however, it was DJ Fresh and Euphonik taking to Twitter, announcing to their followers that the NPA had dismissed the case on the grounds that “the allegations are without merit”.

Multiple attempts to contact the NPA to confirm this were unsuccessful on Monday evening. This story will be updated with the NPA comment once received.

“We are pleased to state that, after considering all of the evidence collected while investigating the claim made against us, the chief prosecutor has dismissed the allegations on the basis that the allegations are without merit. The docket has been marked nolle prosequi,” read part of the statement.

Nolle prosequi is a Latin phrase meaning “will not prosecute”.

The pair also took the opportunity to express their sadness over how GBV seems to have been “weaponised” against them.

“As we've said before these are false allegations and we are saddened that GBV, a serious crisis in SA, was weaponised in this manner,” said the duo.

Three weeks after being pulled off air because of the rape allegations, the DJs were released from their contracts with Primedia Broadcasting.

As a response DJ Fresh has issued a statement on Twitter confirming that they would be resuming all public engagements.