Why Somizi is taking his time to open restaurant & cocktail bar 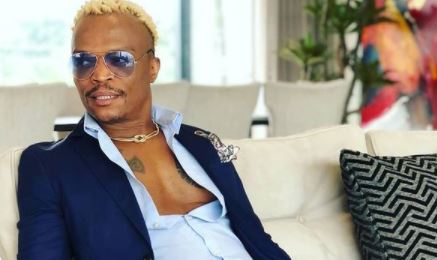 Media personality Somizi Mhlongo-Motaung has revealed his restaurant and cocktail bar is nowhere near completion, and emphasised he was not in a hurry as he wants to do things by the book.

He lifted the lid on the status of his restaurant to TshisaLIVE at the launch of the #BathuXSomizi sneaker range on February 12 in Midrand, Gauteng.

“I am at 5% of preparations for the restaurant. It's like the beginning teething phase where we are still conceptualising the design and the menu. We've been to three locations  and we're going to the fourth next Tuesday so it's still at the beginning phases.

“The beauty about it is that I am grateful I am not in a desperate position to do it now. I am very good at knowing when the time is right. It's all about timing.”

Somizi said while he'd love to have his restaurant open and ready for business, he's allowing the planning process to take its course.

“It might open in July  but it also might open in December. It's all about God's timing. The beauty about it is that it's moving forward.”

The media personality said the restaurant will also have a cocktail bar and cigar lounge where patrons can share wonderful times with their friends and loved ones.

Somizi revealed his plans about a restaurant to TshisaLIVE last November when he said his joint will be a tapas type of venue.

“It will be a tapas type of restaurant where you taste a bit of everything in one place. It will close at 6pm. I also plan to open a cocktail bar later next year which will be expensive. You can only have two cocktails and one costs R350.”

The Idols SA judge said the cocktail bar will have an Uber lane as people won't be allowed to drive to his venue.

Self-proclaimed “King of Bling” Somizi Mhlongo-Motaung has teamed up with a popular local shoe brand, Bathu, to launch BathuXSomizi sneakers
Lifestyle
1 year ago

There's been speculation that their relationship has been strained for months.
TshisaLIVE
1 year ago

What the Twitter fashion police think about the #BathuXSomizi sneaker collab

None of the items from the Rich Mnisi collection comes cheap.
TshisaLIVE
1 year ago