“This one is for one person to own,” Jesse told a fan. 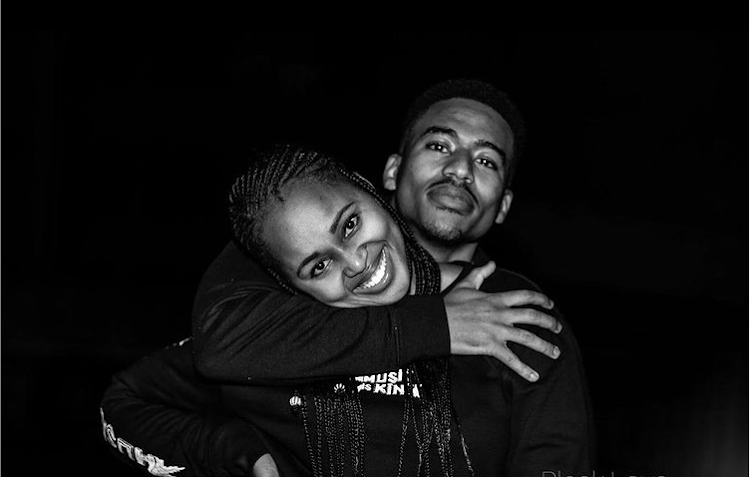 Actor and rapper Jesse Suntele and his girlfriend Thuthu are head over heels in love.
Image: Instagram/Jesse Suntele

Actor and rapper Jesse Suntele left his fans going “ncaawww how sweet!' all over his Instagram timeline when he revealed he wrote his girlfriend a song for Valentine's Day.

Jesse has never been shy to show off his love on social media and since meeting Thuthu, he's made it clear that he's a man who's off the market.

As the couple joined the world to celebrate love on Valentine's Day, Jesse expressed his feelings in a love song written especially for his girl. In the song Jesse praises Thuthu and touches on how they met and the things he would do for her.

It's super cute y'all!

Some of the lyrics go:

“It's funny at the moment I believed I was done, love told me tie your shoelaces you gon have one more run. And that's ironic cause we met at the track field and I could tell that you wouldn't be impressed by the rap skills, so I started showing off like it was school days ... thinking back now I probably looked like a fool hey ...”

“It's fun being in space full of love and I swear I wouldn't trade it for millions.”

Jesse's girl, Thuthu, is a respected artist manager among many other roles, and she's also always taken the route of loving Jesse out loud and proud on the socials.

Commenting on Insta after Jesse shared his love song for her, Thuthu gave the song a thumbs up and certified it a hit in her heart.

“I love it, you have gone 2x platinum in my heart. I love you,” said Thuthu.

Listen to the song below:

A song is not where Jesse stopped in his attempt to express his unwavering love for his Baba.

The romantic actor also bought his Baba a star.

“Guys Jesse bought a star and named it Pandora's eye. I can locate it in the sky and always know Pandora is watching over us,” Thuthu said. 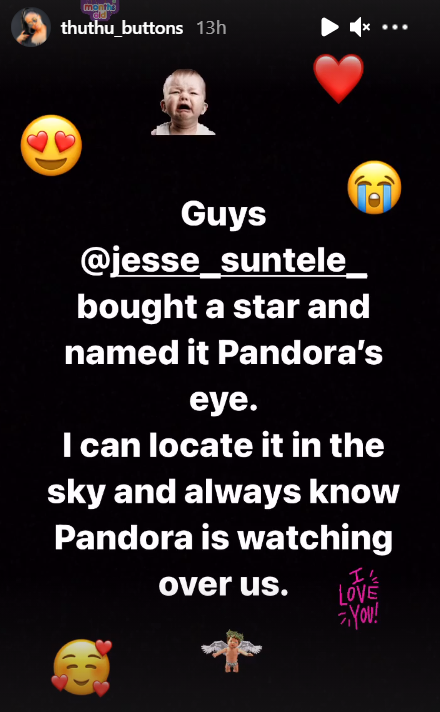 #VuzuHustle dream over, so whats next for Jesse 'Officer Bae' Suntele?

Even though aspiring rapper Jesse 'J Flo' Suntele aka Officer Bae was booted off Vuzu's rap competition The Hustle he's not giving up on his rap ...
TshisaLIVE
4 years ago

Officer Bae won’t apologise for having many talents

Jesse Suntele, or Officer Bae as he is better known, has slammed haters who say he is "hogging the spotlight" on Vuzu's hip-hop reality show, The ...
TshisaLIVE
4 years ago

Dineo Ranaka: I don’t have to prove myself to anyone