'The best thing I ever did! I bought my mama a whole entire house!' 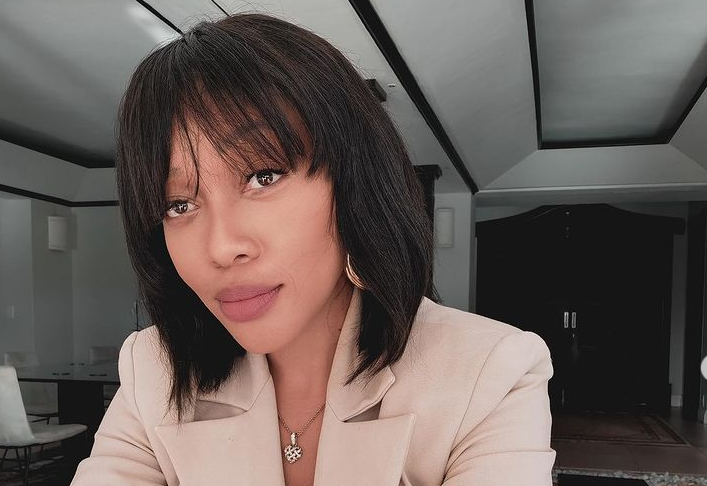 Joining the impressive list of celebs who have used their success to pay it back to their parents, actress Thando Thabethe has revealed she bought her mother a brand new crib.

An excited Thando took to her IG to give fans a glimpse of the house she recently bought for her mother, who she always refers to as the “love of her life”.

In the brief video, fans can see parts of the house including the entrance, the big garden with a pool and braai area and the external part of the double-storey house.

In one of the frames, Thando walks around the house with her mother and though she's wearing a mask, one can tell from her smize (smiling with the eyes) that she is ecstatic as she walks around the new home.

Thando shared her excitement in the brief but impactful caption with the posted video.

“The best thing I ever did! I bought my mama a whole entire house!” an excited Thando shared.

Watch the brief video below.

Friends, industry mates and fans gathered in her comment section to congratulate the actress on her big achievement.

It's fitting that Thando has managed to make this grand gesture for her mother, considering the actress has been hard at work securing the bag.

While 2020 was a hard year for most people as far as job opportunities are concerned, Thando managed to do pretty well, securing the lead role in the Netflix Christmas three-episode special, How To Ruin Christmas: The Wedding, among other roles in much-anticipated projects such as Mnet's upcoming show Reyka.

Thando joined other star actors including Desmond Dube and Kim Engelbrecht to act in the eight-part investigative crime drama. The show centres on Kim’s character, Reyka Gama, who is a criminal profiler who was abducted by a farmer as a child. It was shot in KwaZulu-Natal and will premiere on Mnet from July 2021.

Thando recently shared snaps from the set after they wrapped with production.

Netflix's 'How to Ruin Christmas: The Wedding' gets Mzansi's stamp of approval!

"#HowToRuinChristmasTheWedding is the best SA original so far. I expect nothing less from now on," one tweep said.
TshisaLIVE
1 year ago

Thando Thabethe on Covid-19: I think now more than ever we have to hold each other close