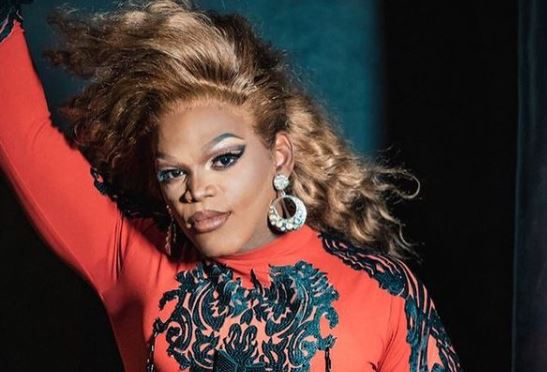 Siv Ngesi's alter-ego Sivanna came under fire from the LGBTIQ+ community after it was revealed she had scored a modelling gig for Beyoncé's latest Adidas x Ivy Park collection #IcyPark.

Sivanna was introduced to Mzansi late last month through a jaw-dropping video of his transformation.

On Tuesday, Siv again sent social media into a frenzy when he shared a snap of Sivanna dressed in a nude, leather bodysuit with a black and white Adidas scarf draped around the waist. The look was finished off with a blonde weave and a flawless face beat.

While some fans were left in awe of the photo shoot, members of the LGBTIQ+ community were outraged that a “heterosexual man pretending to be a drag queen” got the gig, while there are several “real drag queens” in SA.

Some users said they were happy that Adidas SA had given drag a platform.

“I understand the backlash and I understand why, because the bigger picture was never communicated to everyone. I am a proud ally and I believe the art form needs to be seen and recognised much more in SA and I am going to do what I can to make sure that it happens,” Siv told TshisaLIVE.

On Twitter, Siv added that he was “open to learn and engage” but Sivanna is here to slay.

Last month Siv told TshisaLIVE that his transformation was due to him wanting to embody a character not many straight men dare to tackle.

“I love tackling things that don’t fit into the status quo. Am I doing it for reactions? No, I wanted to do drag. I love drag and I love pole dancing. If it’s changing the status quo then so be it, but it’s not my goal.”

Here are some of the reactions that landed Siv on the Twitter trends list on Monday night.

This is cosplay not progressive. https://t.co/NWG4EI7mTB

So you started doing drag to take opportunities from SA drag queens instead of using your platform and influence to bring them exposure and open doors for them? https://t.co/kpxwEkrZhC

Stop this. The A in LGBTQIA+ does not stand for A. Allies should create space, not take up space ! https://t.co/W1cKgMNL0Q

When it comes to SA, brands just continue to miss the mark when it comes to the queer community. If its not sponsoring homophobes, its queer erasure. https://t.co/QBerRJ3EvU

2 days old 😭 Hayi this is disrespectful on so many levels. https://t.co/W1cKgMNL0Q

It really takes a special kind of desperation to be such a bag stealing culture vulture https://t.co/iadA7x370S

Loool like you started on a good foot but this is WEIRD.
Are you an ally or are you queerbaiting for queer support? https://t.co/ndVXlaoIUj

Following the backlash, Siv has acknowledged the heat he has received online. Speaking to TshisaLIVE, the star said he wants to make his mission clear as an ally of the LGBT+ community.

The artist behind Sivanna, drag queen Manila von Teez, also responded to the backlash in defence of Siv. The make-up artist said that through Sivanna, the drag art form will be more recognised in SA.

“Yes, it's taking a heterosexual Cishet man to get drag noticed, but we are grateful someone is listening, and finally people are talking about drag,” said Manila.

'F**k it! If you had blood running down your leg, you would think otherwise you selfish, self-centered bastard!'
TshisaLIVE
1 month ago

Taking to Twitter, Siv wrote: "If you don’t believe in white privilege after what you just saw in America, you can f**k off!"
TshisaLIVE
3 months ago

Aw! Siv really stepped up more than this 'absent' father.
TshisaLIVE
2 months ago
Next Article