‘Cause they view the black South African stories as their failures. Sad but you definitely have a point. In fact, o right. Re bodile’ 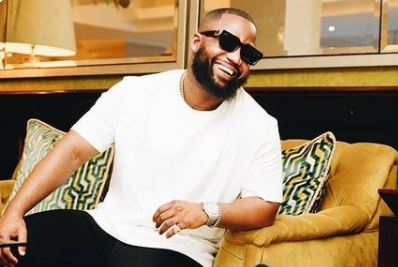 Rapper Cassper Nyovest has hit back at a social media user's narrative that Mzansi celebrities only give praise and support to American success stories, claiming the same energy wasn't given when it came to South African achievements.

This after many fans and celebrities globally and locally took to social media to praise  renowned American rapper and businessman Jay Z for acquiring a 50/50 deal with the Moët Hennessy unit.

While Jay Z's business move inspired many across the globe, Cassper expressed how inspired he was to see a black man exude such excellence and claimed that he too was going to be a billionaire.

As he was outchea being inspired by Hov, a tweep came at Mufasa with claims that South African celebs go mute when their industry mates achieve goals in their careers.

Black South Africans celebrate black American success more than they celebrate black african success. Did you see how many people congratulated Jay z especially celebrities? Wait till one our own achieves or progress, they all go mute 🤷‍♀️ pic.twitter.com/P3RBh7wkdM

Cassper hit back, saying that often black South African stories were seen as failure and because the tweep seemed like a "know-it-all", the rapper U-turned on his statement telling him how "right" he was about SA celebs.

Cause they view the black South African stories as thier failures. Sad but you definitely have a point. Infact , o right. Re bodile. https://t.co/s72SlHAoeX

With his goal being "a young billionaire in the making", Cassper dropped  knowledge to another tweep who felt  Jay Z's business move was "rushed".

With LVMH as a partner now, he is going to eat like he never ever ate. Their distribution and marketing is far more powerful and impacful. They are the pinnacle of the luxury brands industry. The key is to build it up and sell equity to a partner that can stretch the margins. https://t.co/10ctmIW0dU

Still in that business mode tip, the Tito Mboweni hitmaker also teased about how he was well on his way to making it to billionaire status.

This is me on my way to billionaire status. pic.twitter.com/vaMw6DD9nq

‘If he's not pulling my beard, he's scratching my face and we call this love. Khotso o dangerous!’
TshisaLIVE
9 months ago

"They sent the minister of police to fraternise with someone who defied an order of the Constitutional Court."
Politics
9 months ago

Cassper says he has learnt a lot from his time in the studio with Busiswa.
TshisaLIVE
9 months ago

AKA didn't even flinch though...
TshisaLIVE
9 months ago