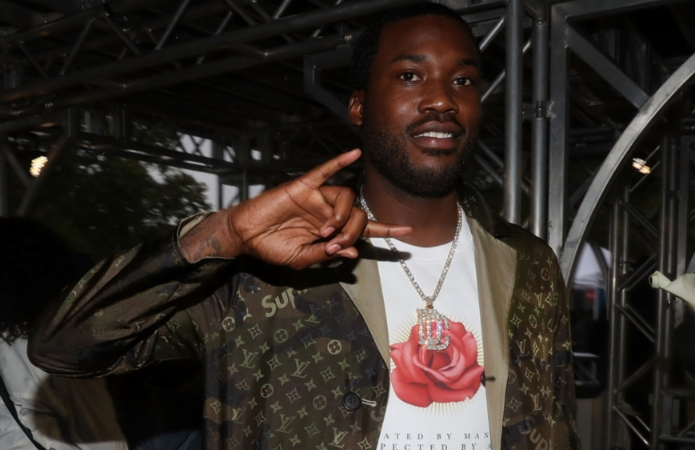 American rapper Meek Mill has apologised to the late Kobe Bryant's wife, Vanessa for  his insensitive lyrics about the late basketball player.

This is after a snippet of the upcoming track titled Don't Worry featuring rapper Lil Baby made its way onto social media a few weeks ago as the American rapper can be heard rapping the lines, “And if I ever lack I'm going out with my choppa it be another Kobe”.

The line refers to the helicopter crash that claimed the life of Kobe, his 13-year-old daughter Gianna, and seven other people in January last year.

The rapper soon caught some heat on the socials as fans as well as Kobe's widow called him out for the offensive lyrics.

Taking to Instagram Stories, Vanessa shared a message which she directed at the Litty hitmaker saying, "Dear Meek Mill, I find this line to be extremely insensitive and disrespectful. Period. I am not familiar with any of your music, but I believe you can do better than this.

"If you are a fan, fine, there's a better way to show your admiration for my husband. This lacks respect and tact!"

Showing some remorse for using the offensive lines about Kobe's tragic death in the song that was leaked online, Meek took to Twitter and explained that he apologised to Vanessa in private and also cleared that whatever he tweeted previously was not directed at a grieving woman.

I apologized to her in private earlier today not to the public...Nothing I say on my page directed to a internet viral moment or the family of a grieving woman! If you care about someone grieving change the subject!

US safety board to meet on Kobe Bryant fatal helicopter crash

The National Transportation Safety Board (NTSB) meets on Tuesday to determine the probable cause of the January 2020 helicopter crash that killed ...
Sport
3 months ago

Vanessa Bryant took to social media on Tuesday to share her thoughts on the one-year anniversary of the death of her husband, Kobe, and daughter, ...
Lifestyle
3 months ago

"I am once again asking that we cancel Meek Mill" - Twitter.
TshisaLIVE
2 months ago

A recent social media remark was that 2020 had been the longest 12 years of our lives - which is not far off if you recall everything that happened.
News
4 months ago
Next Article