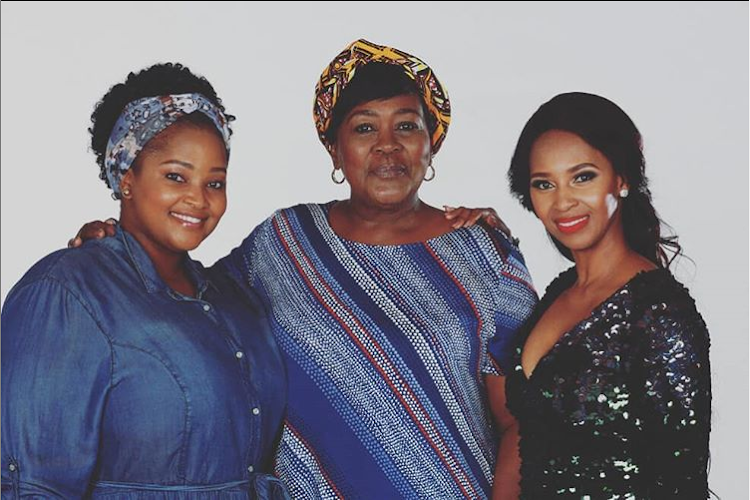 Knowing how much Gomora’s Sonto loves her “Thati ma baby”, fans of the fave telenovela have found themselves shook by the hostility between the two after Sonto confessed it was her hijack lackeys who killed Thati’s husband Mbongeni.

At the beginning of the story, life changed for Thati after she and her corrupt, rich husband were hijacked one fateful evening. What Thati didn’t know — not for lack of trying — until now was that it was her mother’s orders that led to the hijacking in which her husband was killed.

Mbongeni’s murder created a devastating domino effect for Thati and her children, moving them from Sandton to Alex and seeing them start their lives over with far less comfort than they were used to.

However, Thati got her groove back and eventually joined her mother in the car hijacking business. Things were going relatively well until Sonto began being haunted by a ghost (read Mike) and all her other sins and confessed to knowing who killed Mbongeni.

Now Thati — who is surprisingly cold and without remorse — has her mother tied onto a chair and is holding her hostage. Sonto is hoping for an amicable end of the dreadful situation that has her feeling hopeless and weak.

I never thoght I'd see the day where Mam' Sonto feels so helpless & scared, and Thathi is not feeling any remorse for her #GomoraMzansi #Gomora pic.twitter.com/ftJOn8ZfRf

Meanwhile fans can’t stand the change of pace. They are so used to Thati being Sonto’s fave and vice versa that the current storyline is too much for them.

On Thursday night, when Thati was busy interrogating Sonto, fans couldn’t believe the hateful fire in her eyes, and when she shouted, “Shu’rup” (shut up) at a stuttering Sonto  and Sonto replied with the “yoh yoh yoh” scream, that sealed it for tweeps!

Just before the confession...

Mike is fixing the country. He must haunt her until she treats both her daughters equally #Gomora#GomoraMzansi pic.twitter.com/wPFXOxrojF

IN MEMES | Gladys made Zodwa cry and 'Gomora' fans can't stand it!

Gladys stays bullying Zodwa and fans are now sick and tired of her "unnecessary" behaviour.
TshisaLIVE
1 year ago

And she paid for the ride!
TshisaLIVE
1 year ago

Fans are hoping Mazet will use Sonto's secrets against her as leverage for her life.
TshisaLIVE
1 year ago

IN MEMES | 'Gomora' fans not stressed after Mam’Sonto shot Ntokozo!

Something about Mam' Sonto shooting Ntokozo doesn't add up.
TshisaLIVE
1 year ago