DJ Warras claps back at xenophobia: 'criminals are criminals' 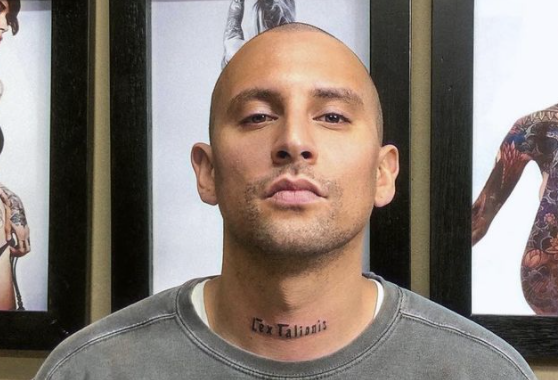 Radio personality DJ Warras has hit back at assumptions about alleged foreign criminals in SA.

It all began after CCTV footage of two men being shot at gunpoint in Hillbrow was uploaded to social media. The video alleged that the shooters were Zimbabwean nationals and the victims SA citizens.

DJ Warras called out the user and questioned how he came to the conclusion about the  perpetrators' nationality.

“Who says they’re Zimbabweans? Criminals are criminals and there are groups in Hillbrow that deal with them. Shooting a security guard for his gun is a crime that doesn’t go unpunished. Those who run Hillbrow will deal with these ones. But I don’t understand the Zim angle?” said Warras.

This led to a fierce debate on social media.

Warras responded to some of the arguments, saying a bigger discussion needed to be had about stereotypes and border security.

I definitely know that people are frustrated, a country without secure borders is doomed. There’s has to be control and proper processes in place for any foreigners wanting to come here. Rich or poor, from Zim or China, but let’s not be naive. There are an unknown number of https://t.co/F3E2v0eCR7

Zimbabwean ILLEGAL immigrants in Hillbrow and in townships around Jozi. The local people there are directing their anger at them for their own reasons BUT ALSO because the fire is being fuelled by tweets like this that say “ZIMBABWEANS SHOT ZULUS” bazi’ngani from this CCTV footag https://t.co/8eRA6ByAX6

"White people live different lives. They would’ve tackled him if he was black," said Lesego Tlhabi.
TshisaLIVE
11 months ago

"Lifting of the ban must be accompanied by law enforcement doing their jobs. Without, taking bribes and and and... Government knows they can’t take ...
TshisaLIVE
1 year ago

"I was ignorant myself, I wasn't in a position to educate," wrote Warras.
TshisaLIVE
11 months ago