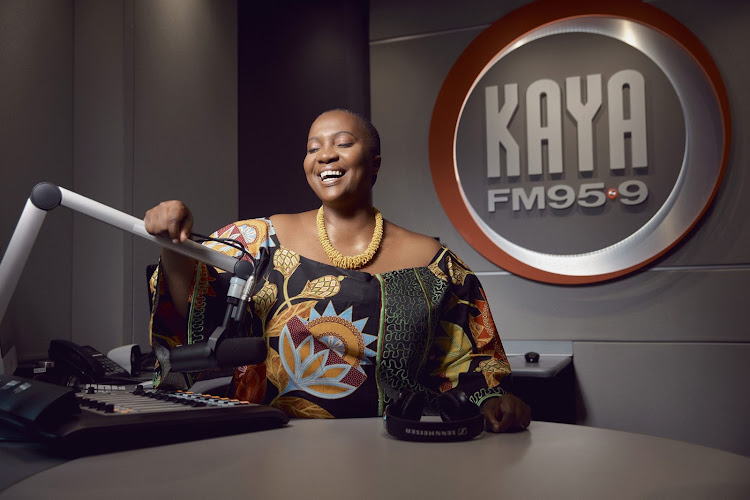 When Dr Sindi van Zyl returned to Twitter after a hiatus caused by ill health, it was a bittersweet moment for fans as she's bidding farewell to Kaya FM where she hosted Sidebar with Sindi from 2019.

In a statement from Kaya FM, the station announced that this week would mark the end of the Kaya FM radio journey for Dr Sindi after she tendered her resignation to the station on Monday.

Dr Sindi will be taking time off to focus on her health.

This after the doctor announced on Twitter last month that she had been hospitalised. While she didn’t reveal details surrounding her hospitalisation or illness, Sindi hinted in a now-deleted tweet that she may have been suffering from a respiratory-related illness after shared photographs of herself strapped to a ventilator.

The doctor has since shared her healing progress on Twitter and thanked her doctors, family, friends and fans for their support.

Thank you for all the love and prayers to God Almighty

Nothing else would have saved my life

And many thanks to Docs Lerato and Frans

I shall never ever be the same again

Dr Sindi, who is a Twitter fave and Kaya FM’s resident doctor, joined the station two years ago as the host of Sidebar with Sindi which aired Mondays to Thursdays between 7pm- 8pm. Her show explored multiple facets of health, family and relationships. The Dr also profiled some of SA’s brightest stars.

The Dr has always said how joining the station was a dream come true for her and her fans thanked the station for making it happen for her.

So many exists...so many changes in less than a month.. are you still going to have be Kaya FM next month? This is sad https://t.co/D43OHg9e1k

Khaya joined Kaya FM as a political analyst in 2017 and later became the host of On the Agenda with Khaya Sithole.

“The past four years at Kaya FM have been an invaluable learning journey in the media space that I will always cherish. The opportunity to work with leading minds in the profession and engage with Kaya FM listeners through interesting and exciting times in the nation’s story remains a highlight of my media career. Thank you to everyone who has allowed me the space to learn, grow and thrive,” said Khaya.

The station wished both radio personalities well in their future endeavours.

Sizwe believes in the power of Julius Malema's public speaking!
TshisaLIVE
1 year ago

One thing about that ninja Siz ... he knows everything!
TshisaLIVE
1 year ago