'Boity called out the industry's biggest bully at a full table and then turned to every single one of them for giggling. We don't recognise her enough,' said one tweep 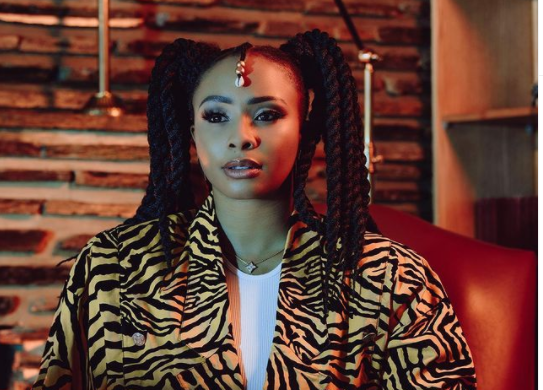 Rapper Boity Thulo has spoken out against bullies since her early days in the industry.
Image: Instagram/Boity Thulo

Twitter users have dug up an old video of Boity Thulo lambasting Kuli Roberts for allegedly bullying Lerato Kganyago to prove that the praises calling her “consistent” are valid because she's been calling people out since her early days in the industry.

Tweeps had no choice but to stan the consistent queen when they connected the dots and realised that the media personality does not stay silent when she sees injustice happening around her.

This after the National Prosecuting Authority decided last month to dismiss the rape case levelled against DJs Fresh and Euphonik due to “a lack of sufficient evidence”. The decision triggered heated debates on social media and saw the DJs themselves continue to make “snide remarks” aimed at the alleged victim.

"You’re being a vile a**hole," Boity told Euphonik over the weekend.
TshisaLIVE
1 year ago

Boity received praise for taking a stand and this reminded her fans that she's never chosen to keep quiet — unlike many of her peers — when she sees something she thinks isn't right.

Tweeps remembered that during the Mampintsha vs Babes Wodumo abuse saga, Boity was one of the first Mzansi celebs to call out Mampintsha and that even though she doesn't call herself an activist, she's spoken out multiple times against gender-based violence (GBV).

Twitter FBI then took it a step further and dug up a video from 2013 where Boity just couldn't sit by and let Kuli Roberts “attack” Lerato Kganyago's character.

The video is from the V Entertainment's 1,000 episode celebration which both Lerato and Kuli were invited to and Lerato decided not to attend. Kuli and Lerato were “beefing” at the time after Kuli allegedly called Lerato a “random black” and Lerato responded by calling her “old”.

Then mid-episode Kuli said: “I'm glad Lerato isn't here because it would have been very awkward” and then proceeded to say more, Boity lost it and told her to pump the brakes.

You had to be here ❤️

Boity? A consistent Queen that one. Calls them out regardless of status, whether you’re Fresh, Euphonik, or Mampintsha!

"The justice system is extremely flawed when it comes to the protection of victims of rape and abuse, especially if the accused is in a position of ...
TshisaLIVE
1 year ago

Boity on love, getting your crush to see you & escaping the friend zone

Boity shared her thoughts on what to do when you have a crush, how to escape the friend zone and more!
TshisaLIVE
1 year ago