‘I didn’t audition. Uzalo approached my PR team and I felt let me use this opportunity to give my fans what they want’ 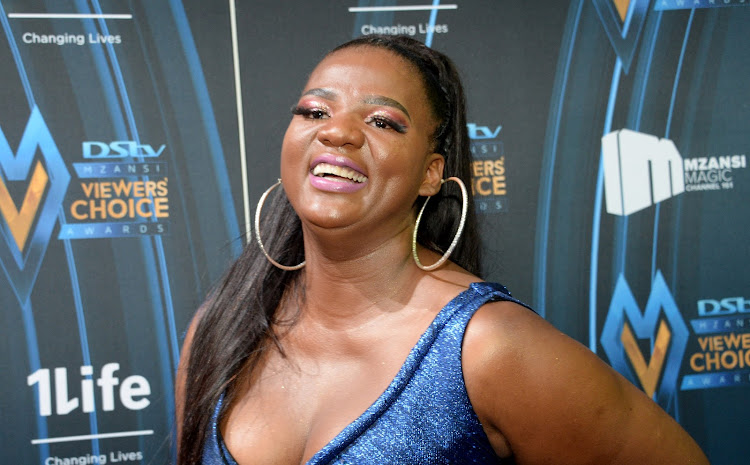 Ahead of her acting debut one of Mzansi’s most loved soapies, reality TV star and businesswoman Shauwn Mkhize can’t wait for her people to see her in action.

In an interview with TshisaLIVE, MaMkhize said she didn’t have to audition for the role on Uzalo because she was approached by the production with the opportunity.

“Uzalo approached my PR team and when my PR team presented the idea to me, I felt like let me use this opportunity to give my fans what they want.

She said she's never considered herself an actor but had participated in school sketches where she had tons of fun so when the opportunity to act presented itself, she couldn’t say no.

“Truth be told it was not something I planned to do. For me, I felt like my fans had been asking me to come back with a season two (of her reality show) or just to their TV screens and I felt this was an opportunity for them to see me because I think I owe them that,” she said.

MaMkhize joins Uzalo: 'I can't wait for SA to see my hidden talents'

"Not MaMkhize joining Uzalo, chile. Next thing Andile is the lead actor," said one tweep.
TshisaLIVE
7 months ago

MaMkhize will play the role of a mysterious, wealthy woman  with her eye on the coveted KwaMashu Kingdom Church. The reality TV star said her role wasn’t too different from who she is and that helped her to bring it to life.

“For now, there’s not much difference between me and the character I play because if you push Shauwn to the edge, you leave her with no option but to stand up and fight and that’s the nature of my character. It is close to who I am. Maybe that’s why it was so easy to be the position I am playing.”

Speaking about the challenges she met in her latest adventure, MaMkhize said she initially struggled to remember her lines verbatim. She said she eventually asked the production to improvise and was relieved when they didn’t decline because she reckons using her own words helped her give a better performance.

“You know when they send you the lines and say this is what you have to say, well I’m not a good reader but I’m a good listener.

“When they gave me my script, Andile read it out for me and as he was reading it out, I was memorising it. All that I asked from Uzalo, I said, ‘Guys, I’ve read your script but I can’t say it word for word. I know what you want me to say though, so can you please allow me to say it the way I understood it?” When they said yes, I was relieved and I was ‘OK cool, let’s go!’

MaMkhize said she looks forward to seeing how people react to her first acting gig when season seven premiers on March 5.

"There are people who will go out of their way to always talk and say mean things about me and my family, but thina we keep it moving!"
TshisaLIVE
8 months ago

Royal AM coach Floyd Mogale has insisted that young club chairman Andile Mpisane is getting game time as a midfielder at the GladAfrica Championship ...
Sport
8 months ago

MaMkhize takes taxi ride for fun, says 'it felt good to be back with the people'

Hai... must be nice!
TshisaLIVE
8 months ago