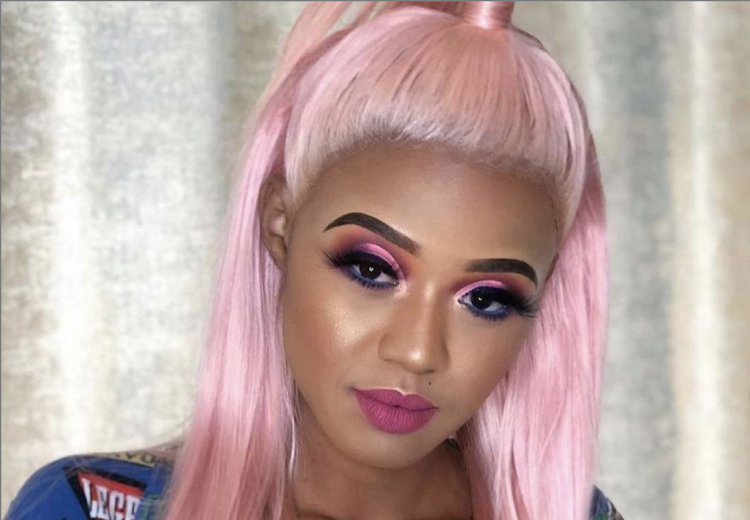 Babes and Mampintsha's relationship is again a hot topic on the TL!
Image: Instagram/Babes Wodumo

This week Babes Wodumo and Mampintsha's infamous relationship again became a topic of conversation after the gqom queen's most recent interview.

Speaking to MacG on his podcast, the star opened up on her various beefs with other celebs, her partying lifestyle and managing her finances after making bank on her hit single Wololo.

The star said she misused the millions she earned from the gqom chart-topper. In hindsight, given the knowledge she has now from growing wiser with age, she said she would have treated her finances much differently.

Though the interview gave us much insight into Babes and her opinions, it caught the attention of Mzansi for all the wrong reasons. In the interview, Mampintsha is seen calling Babes multiple times to confirm she was actually chatting with MacG.

This had fans up in arms, with many people taking to social media to bring up Babes and Mampintsha's turbulent history.

Fans took to Twitter, hitting back at Mampintsha's “obsession” with Babes and expressing their hope that the couple will break up in the future.

However, Mampintsha and Babes Wodumo stans were on the TL ready to defend their relationship until the end.

“When it comes to Mampintsha and Babes, I just drink water and keep it moving,” said one user.

Here are some of the reactions from Tweeps:

So Mampintsha requested babes wodumo to factime him to prove that she's still at the interview? pic.twitter.com/zmJuVbzLmR

When it comes to Mampintsha and Babes I just drink water and keep it moving.

I think if "Babes Wodumo" had to leave mampintsha so she can start afresh & focus on her career, the whole SA would be behind her pic.twitter.com/28jOjrZdHv

If We Being Honest, Babes Wodumo Is Where She Is Career Wise Because Of Mampintsha, She Herself Said How Influential Mampintsha Is In The Studio, Just That Mampintsha Is Kinda Possesive But That Doesn't Mean They Should Break Up, They Should Find A Way To Fix Those Insecurities

Babes Wodumo’s interview was beautiful, I enjoyed it. While Mampintsha calling every after 20 mins really disturbed me thou, it’s a classic example of an insecure partner. She had to take a video as proof that she was in an interview!

Theres no use talking about Babes Wodumo's should haves. Point is she'll die with Mampintsha cha save your data🤣

Dear Mampintsha stop calling Babes Wodumo every 5 minutes, we are busy with her here pic.twitter.com/XkqO6mj4PK

I dont see anything wrong with Mampintsha calling her girlfriend every 10min, le gender like attention a lot, they enjoy it pic.twitter.com/AV01fcNZgr

Babes Wodumo could have been a millionaire if it was not for Mampintsha pic.twitter.com/pcfs0nfara

Babes Wodumo on being snubbed in the past after bagging KZNEA nod: I’ve been cheated before

Babes said she is ready to move on from her "beef" with award ceremonies ...
TshisaLIVE
3 months ago

Babes Wodumo is the name on everybody's lips this year!
TshisaLIVE
3 months ago
Next Article